Monday’s ad is for Rheingold, from 1948 and 1958. In the late 1940s and early 1950s, Rheingold recruited a number of prominent celebrities to do ads for them, all using the tagline: “My beer is Rheingold — the Dry beer!” In this first ad from 1958, American composer, pianist, singer, actor, and bandleader Hoagy Carmichael, gives some gold advice about luck being a major part of the game, then contrasts that by saying luck plays no part of Rheingold Extra Dry, because it’s good every time. 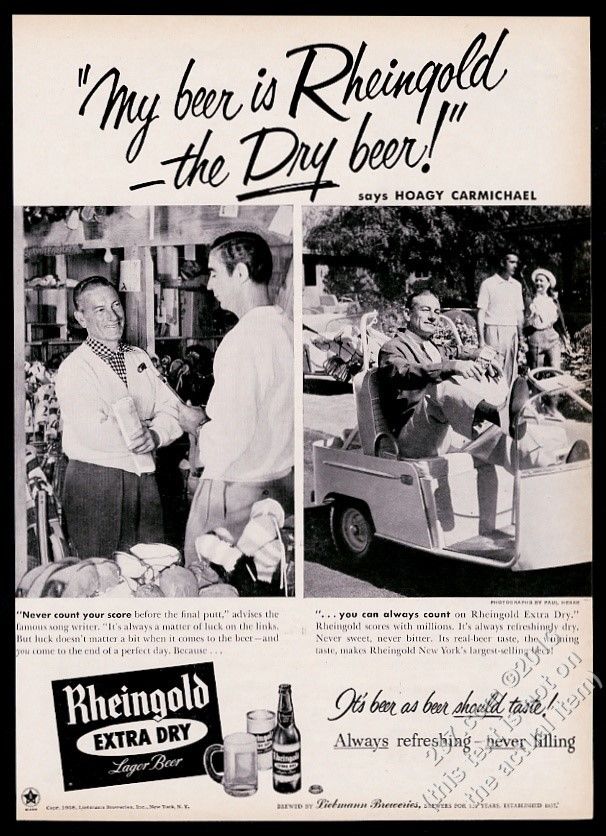 He also did an earlier ad, in 1948, and he was still playing golf, this time worrying over choosing the wrong club, but then says he never worries about picking the wrong beer, which is always Rheingold Extra Dry. 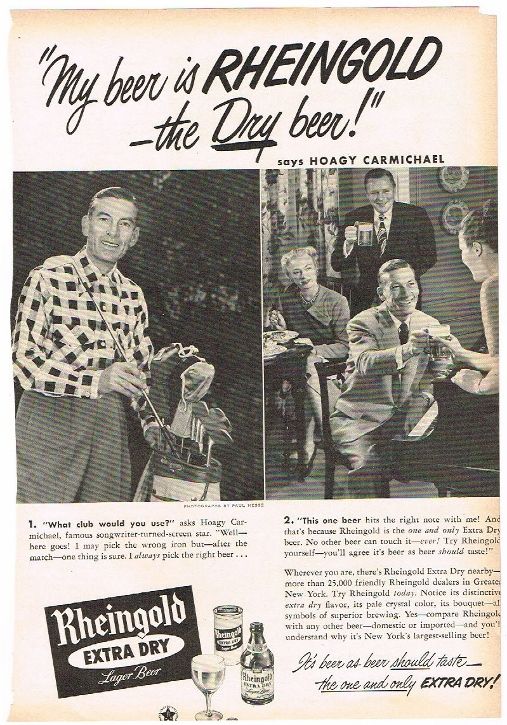