Monday’s ad is for Rheingold, from 1953. In the late 1940s and early 1950s, Rheingold recruited a number of prominent celebrities to do ads for them, all using the tagline: “My beer is Rheingold — the Dry beer!” In this ad, American film actress Claudette Colbert, claims that her favorite role is playing hostess in her own home, where she serves her “old friend” Rheingold Extra Dry. 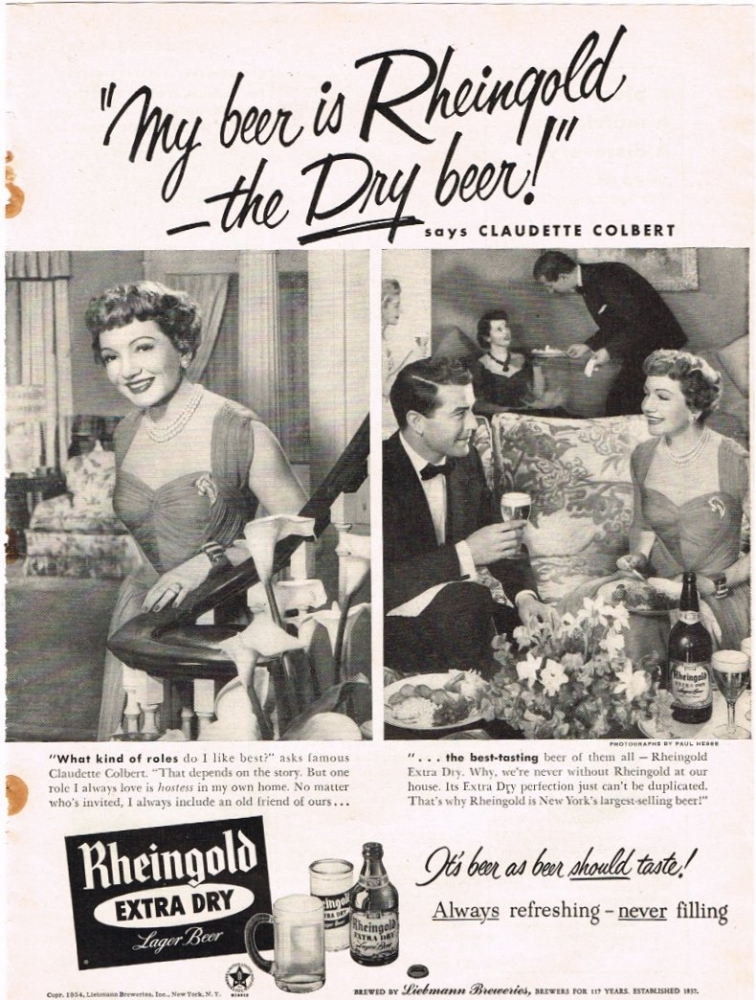