Wednesday’s ad is for Rheingold, from 1953 and 1958. In the early 1950s, Rheingold recruited a number of prominent celebrities to do ads for them, all using the tagline: “My beer is Rheingold — the Dry beer!” In this first ad from 1958, American actress and singer Vivian Blaine sang the virtues of New York City and especially Broadway, where she is a frequent star of musicals there, before singing about another NYC great, Rheingold Extra Dry beer. 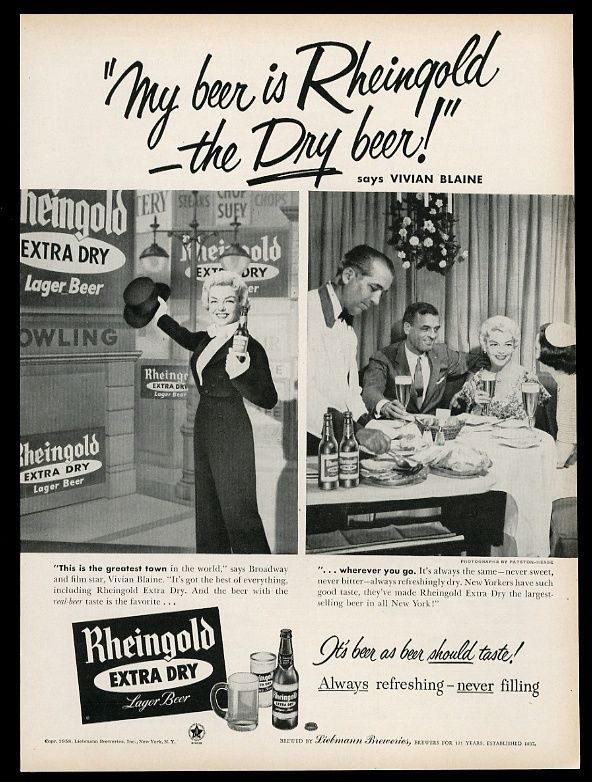 In this first ad from 1953, she talks about “going on record,” first musical records of the shows she’s performed in, and second in professing her admiration for Rheingold Extra Dry beer. 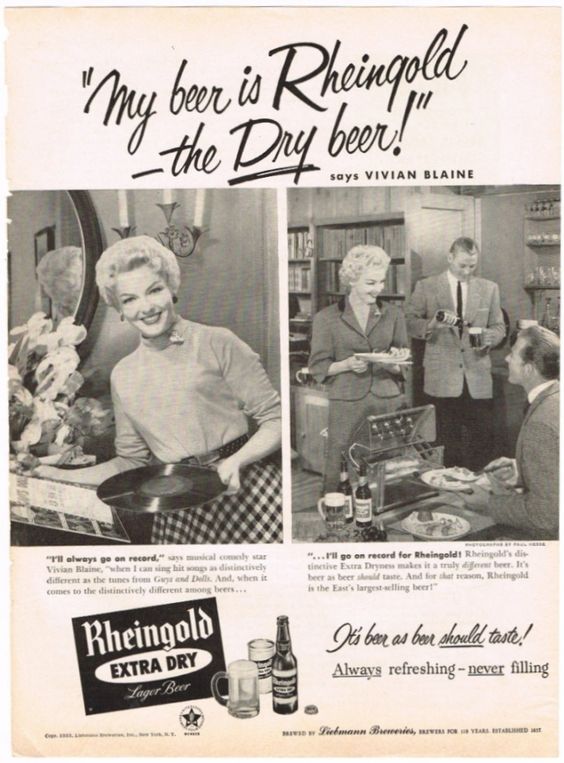