Friday’s ad is for Rheingold, from 1956. In the late 1940s and 1950s, Rheingold recruited a number of prominent celebrities to do ads for them, all using the tagline: “My beer is Rheingold — the Dry beer!” In this ad, American comic actor, writer and director, best remembered as the creator and star of the radio’s popular Duffy’s Tavern comedy series, Ed Gardner is shown in the bar he managed in the television show based on his radio show. But then after the show was when he liked to “relax with friends and enjoy a glass of” Rheingold Extra Dry. 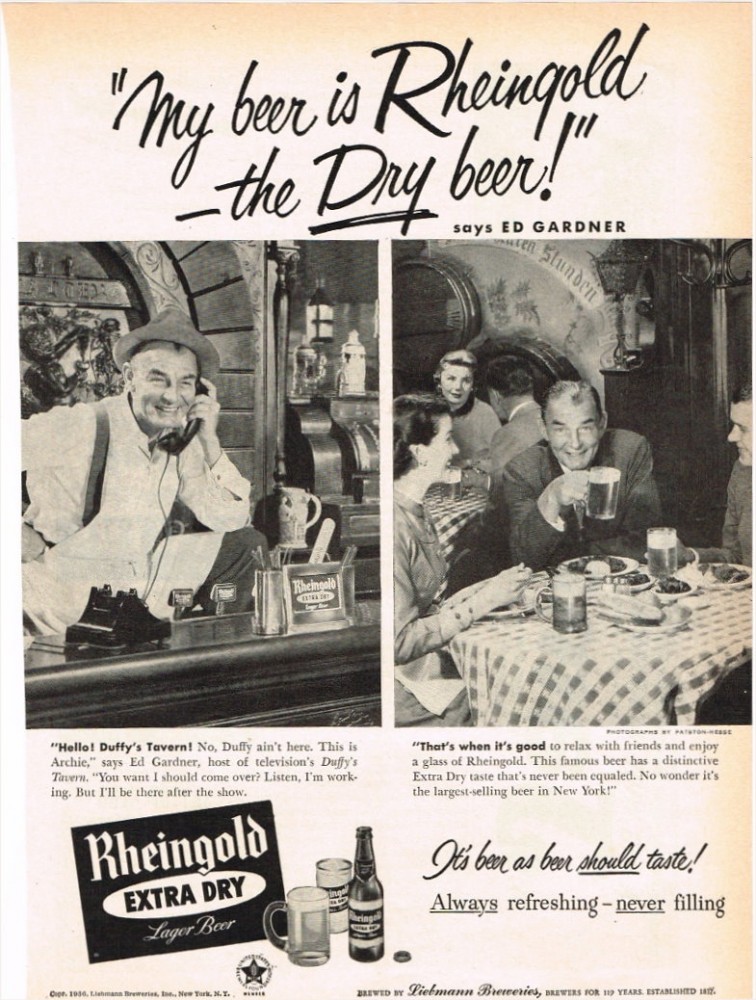