Monday’s ad is for Rheingold, from 1947. In the late 1940s and 1950s, Rheingold recruited a number of prominent celebrities to do ads for them, all using the tagline: “My beer is Rheingold — the Dry beer!” In this ad, American actress Martha Scott after making a film shot in London, can’t wait to get home to New York City for some Rheingold Extra Dry. 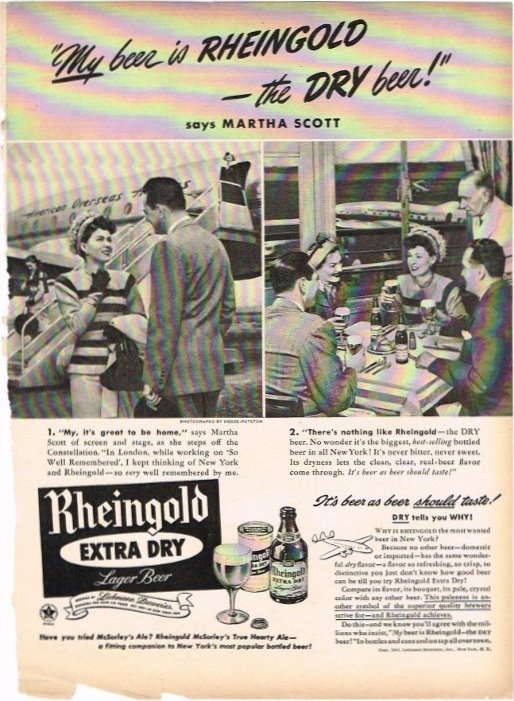