Friday’s ad is for Rheingold, from 1948. In the late 1940s and 1950s, Rheingold recruited a number of prominent celebrities to do ads for them, all using the tagline: “My beer is Rheingold — the Dry beer!” In this ad, Anglo-American actress and singer Ida Lupino, who became a pioneering director and producer—the only woman working within the 1950s Hollywood studio system to do so, she asks for help in deciding if she’s a better actor or director. But she apparently doesn’t need any help picking her beer, which naturally is Rheingold Extra Dry. 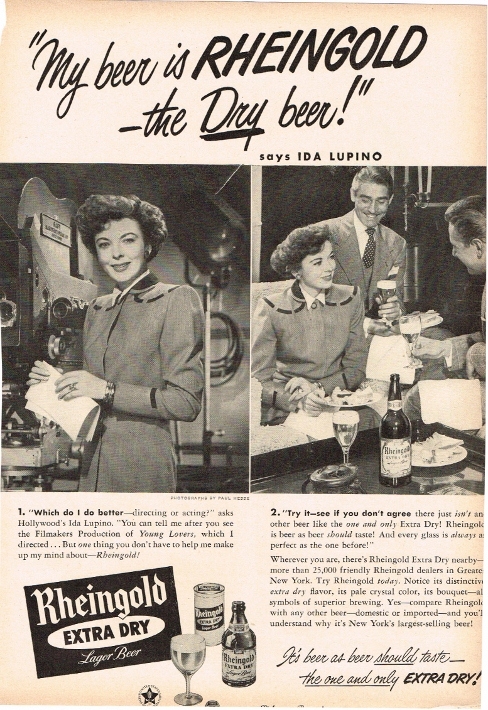