Sunday’s ad is for Rheingold, from 1944. In the 1940s and 1950s, Rheingold recruited a number of prominent celebrities to do ads for them, all using the tagline: “My beer is Rheingold — the Dry beer!” In this ad, American cartoonist George McManus, talks about enjoying cabbage as much as one of his characters from “Bringing Up Father” does, especially if it’s paired with Rheingold Extra Dry. 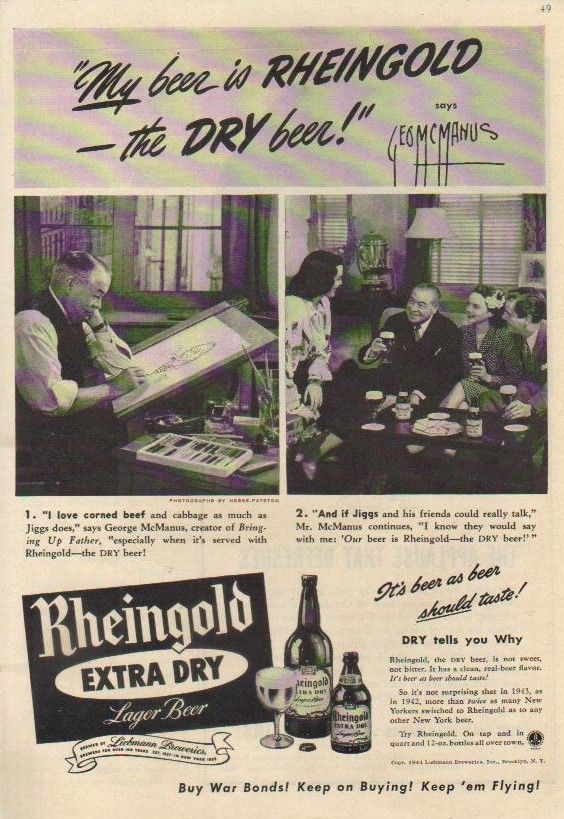