Wednesday’s ad is for Rheingold, from 1945 and 1948. In the 1940s and 1950s, Rheingold recruited a number of prominent celebrities to do ads for them, all using the tagline: “My beer is Rheingold — the Dry beer!” In this 1948 ad, American singer on Broadway, radio and television Jane Pickens, explains that she’s a perfectionist that practices hours every day to perfect her music, and that carries over to her selection of beer, too, which for her is Rheingold Extra Dry. 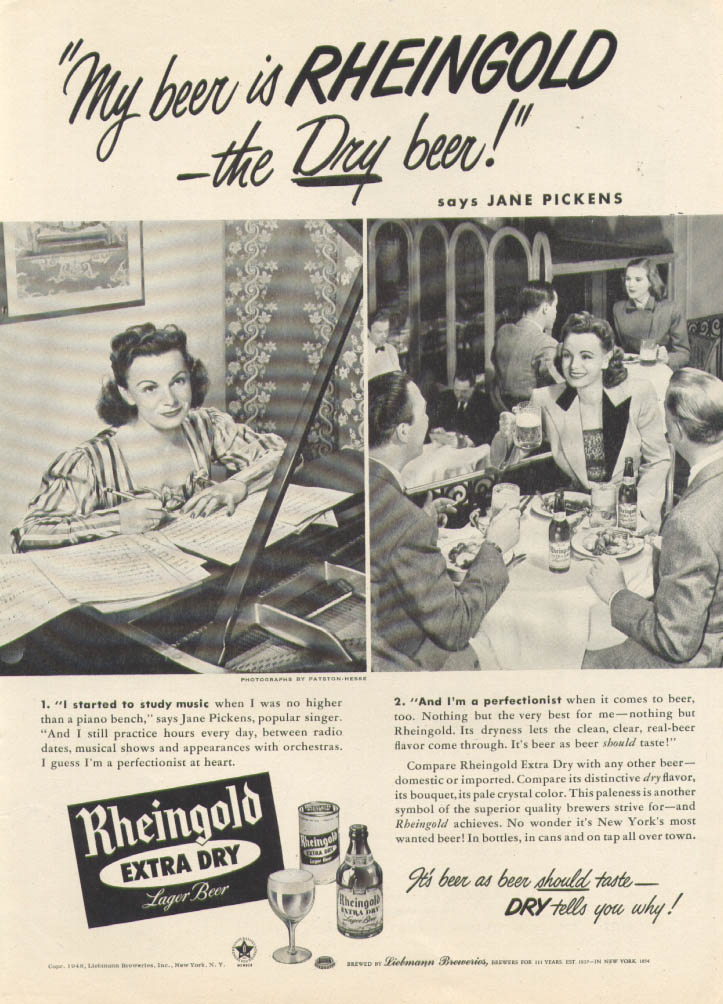 “She was the musical leader of the Pickens Sisters, a trio born on a Georgia plantation that reached national stardom in the 1930s with its own radio show, concert tours and records.” In this ad, from 1945, she talks about how sometimes she gets tired out from all the singing she does, and when that happens she likes to relax with a tasty Rheingold Extra Dry. 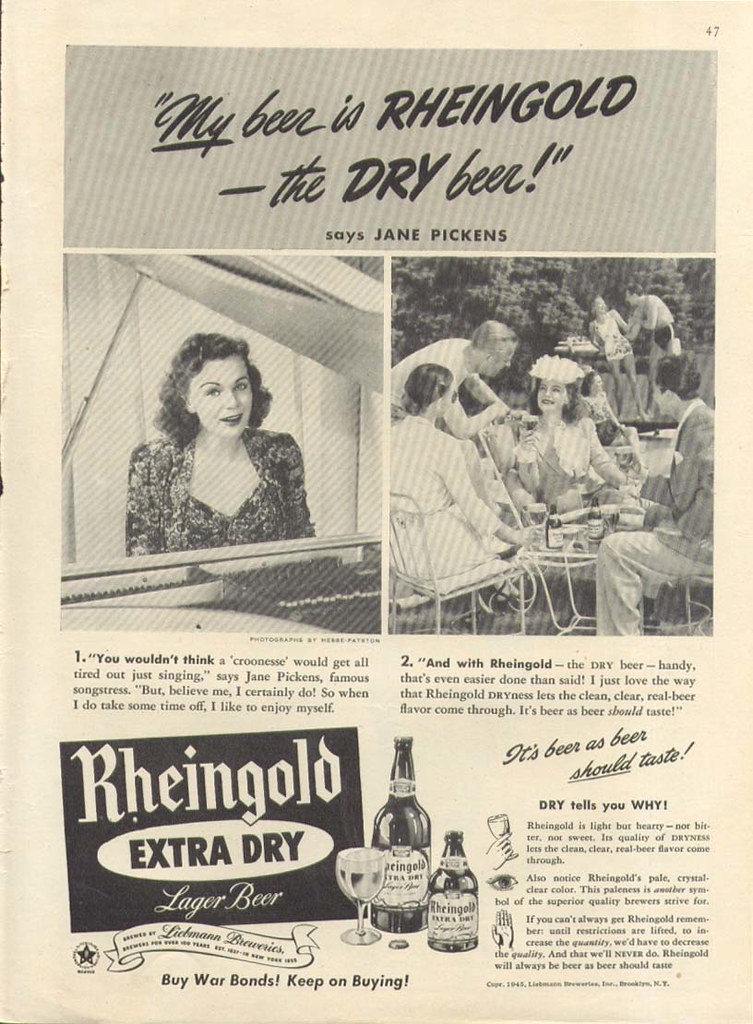