Tuesday’s ad is for Rheingold, from 1953. In the 1940s and 1950s, Rheingold recruited a number of prominent celebrities to do ads for them, all using the tagline: “My beer is Rheingold — the Dry beer!” In this ad, it features Danish-American opera singer Lauritz Melchior. “He was the pre-eminent Wagnerian tenor of the 1920s, 1930s, and 1940s and has since come to be considered the quintessence of his voice type. Late in his career, Melchior appeared in movie musicals and on radio and television. He also made numerous recordings.” In this ad, Melchior is showing off his unusual dogs, German Drahthaars, which are hard to identify, unlike his favorite beer, Rheingold Extra Dry. 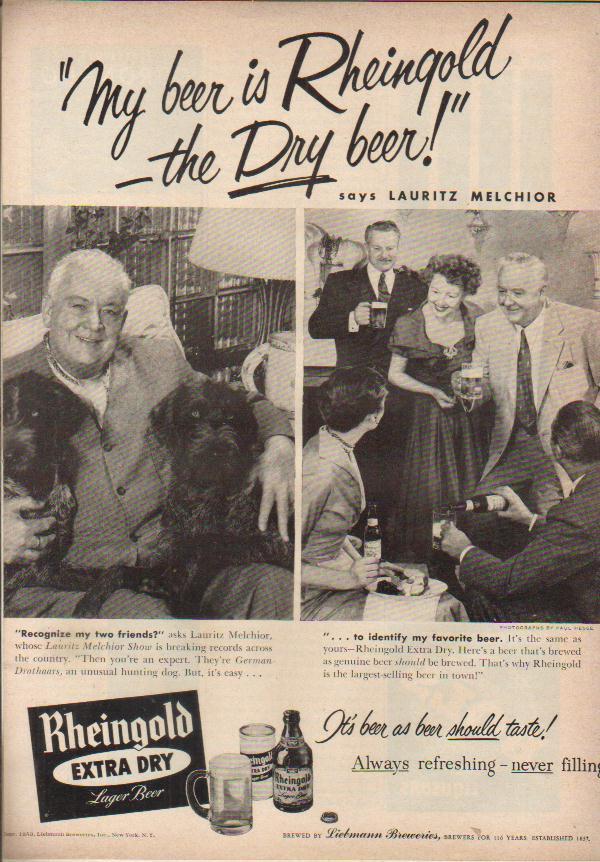