Wednesday’s ad is for Rheingold, from 1948. In the 1940s and 1950s, Rheingold recruited a number of prominent celebrities to do ads for them, all using the tagline: “My beer is Rheingold — the Dry beer!” In this ad, it features American actress, singer and dancer Nanette Fabray. “She began her career performing in vaudeville as a child and became a musical theatre actress during the 1940s and 1950s, winning a Tony Award in 1949 for her performance in Love Life. In the mid-1950s, she served as Sid Caesar’s comedic partner on Caesar’s Hour, for which she won three Emmy Awards, as well as co-starring with Fred Astaire in the film musical The Band Wagon. From 1979 to 1984, she appeared as Katherine Romano on the TV series One Day at a Time.” In this ad, Fabray claims the most fun she’s had on stage is “playing in ‘high button shoes'” but off stage, it’s drinking Rheingold Extra Dry. 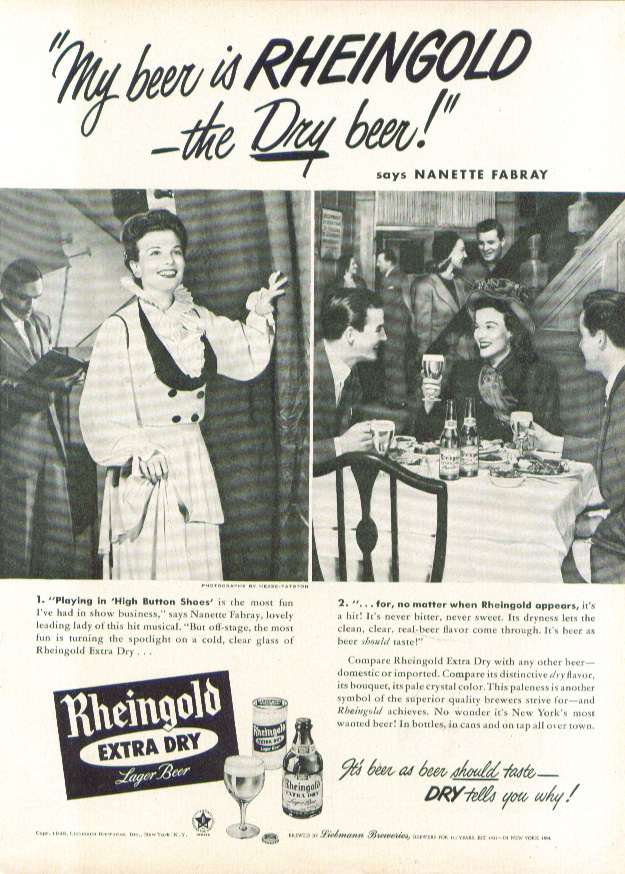