Thursday’s ad is for Rheingold, from 1957. In the 1940s and 1950s, Rheingold recruited a number of prominent celebrities to do ads for them, all using the tagline: “My beer is Rheingold — the Dry beer!” In this ad, it features American traditional pop and big band singer, actor, radio and television presenter, and entertainer Vic Damone. “He is best known for his performances of songs such as the number one hit “You’re Breaking My Heart”, and “On the Street Where You Live” (from My Fair Lady) and “My Heart Cries for You” which were both the number four hits.” In this ad, an odd one, Damone explains that he’s “at sea when it comes to navigation,” which I think means he doesn’t know anything about it, but he’s “on course” when doing a variety of other tasks, such as choosing the finest beer, Rheingold Extra Dry. 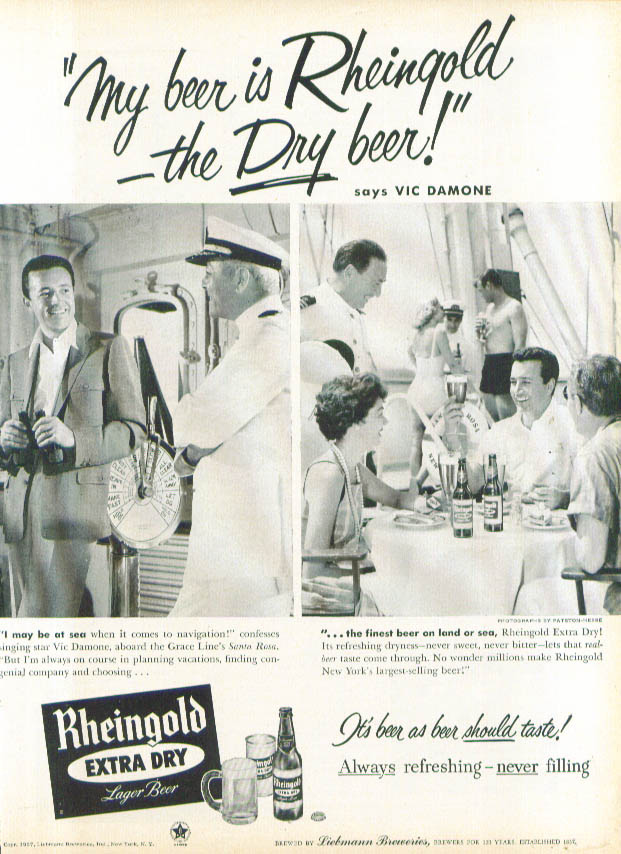