Sunday’s ad is for Rheingold, from 1946. In the 1940s and 1950s, Rheingold recruited a number of prominent celebrities to do ads for them, all using the tagline: “My beer is Rheingold — the Dry beer!” This ad features American theatrical producer, director and founder of the Tony Awards Brock Pemberton. “He was the professional partner of Antoinette Perry, co-founder of the American Theatre Wing, and he was also a member of the Algonquin Round Table.” In this ad, Pemberton explains that producing plays in an unpredictable and inconsistent business, the polar opposite of brewing Rheingold Extra Dry. 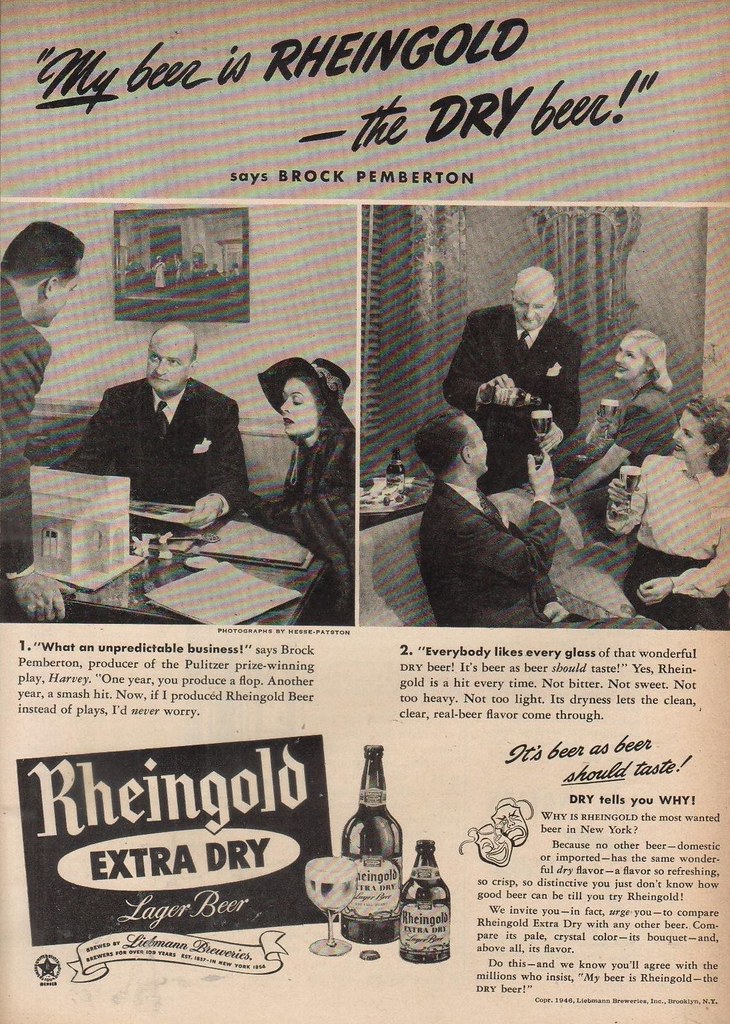