You are here: Home / Beers / Beer In Ads #2583: My Beer Is Rheingold Says Carmen Miranda

Sunday’s ad is for Rheingold, from 1940. In the 1940s and 1950s, Rheingold recruited a number of prominent celebrities to do ads for them, all using the tagline: “My beer is Rheingold — the Dry beer!” This ad features Portuguese-born Brazilian samba singer, dancer, Broadway actress, and film star Carmen Miranda. “Nicknamed “The Brazilian Bombshell”, Miranda is noted for her signature fruit hat outfit she wore in her American films. As a young woman, she designed hats in a boutique before making her first recordings with composer Josué de Barros in 1929. Miranda’s 1930 recording of “Taí” (“Pra Você Gostar de Mim”), written by Joubert de Carvalho, catapulted her to stardom in Brazil as the foremost interpreter of samba.” In this ad, Miranda claims people associate her with South America, but she associates good beer with North America, and especially Rheingold Extra Dry. 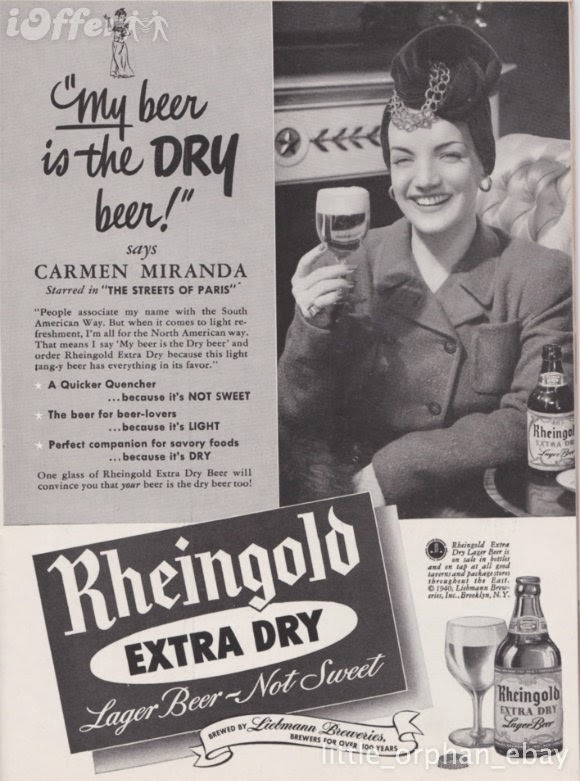