Tuesday’s ad is for Rheingold, from 1960. In the 1940s and 1950s, Rheingold recruited a number of prominent celebrities to do ads for them, all using the tagline: “My beer is Rheingold — the Dry beer!” This ad features African American film and theatre actress, singer, and dancer Dorothy Dandridge. “She is perhaps best known for being the first African-American actress to be nominated for an Academy Award for Best Actress for her performance in the 1954 film Carmen Jones. Dandridge performed as a vocalist in venues such as the Cotton Club and the Apollo Theater. During her early career, she performed as a part of The Wonder Children, later The Dandridge Sisters, and appeared in a succession of films, usually in uncredited roles.” In this ad, Dandridge says we should count her in among the total number of people who love Rheingold Extra Dry. 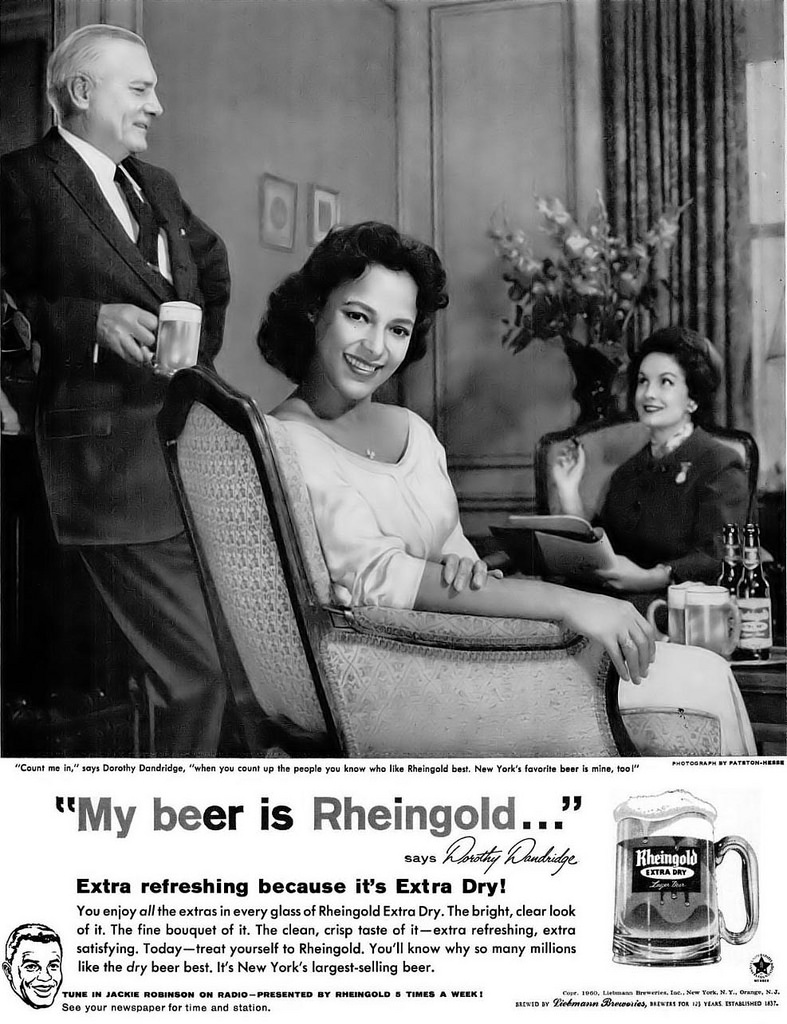