Saturday’s ad is for Rheingold, from 1957. In the 1940s and 1950s, Rheingold recruited a number of prominent celebrities to do ads for them, all using the tagline: “My beer is Rheingold — the Dry beer!” This ad features American comedian and actor Hal March, along with Miss Rheingold for 1957, Margie McNally. “March was best known as the host of The $64,000 Question, which he helmed from 1955 to 1958.” In this ad, March claims that answering the $64,000 Question is hard, but it’s easy to choose your favorite beer, Rheingold Extra Dry. 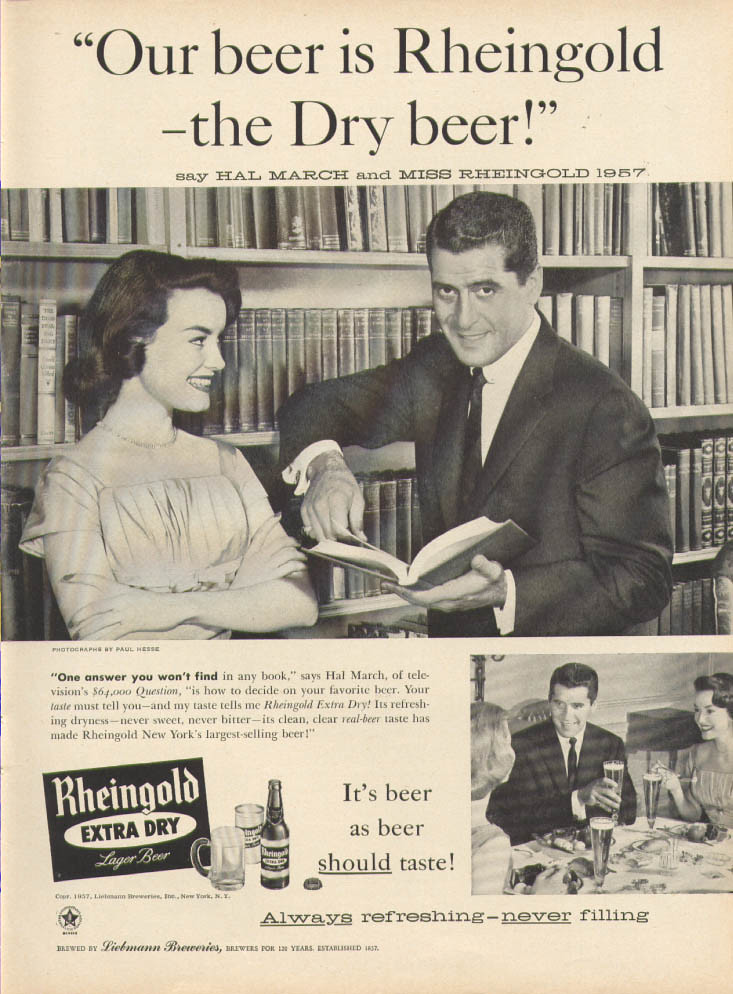