In this ad, another one entitled “Good For You,” two couples are out for an evening of bowling, which at the time was one of the most popular pastimes. In the 1950s, the highest rated sports television show was “Bowling For Dollars,” which seems crazy today. “What a great feeling to see all the pins go down…” 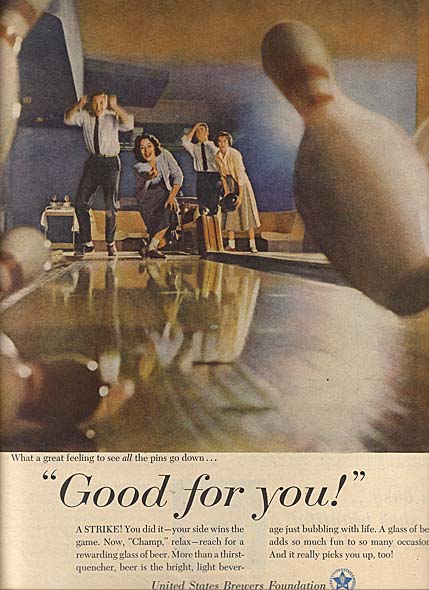