Friday’s ad is for Rheingold, from 1944, 1946 and 1948. In the late 1940s and early 1950s, Rheingold recruited a number of prominent celebrities to do ads for them, all using the tagline: “My beer is Rheingold — the Dry beer!” In this first ad from 1944, American actor Ralph Bellamy, says “an actor should never miss a cue,” which is why inexplicably he’s the first person to say “swell” whenever somebody suggests a drink of Rheingold Extra Dry after a show. 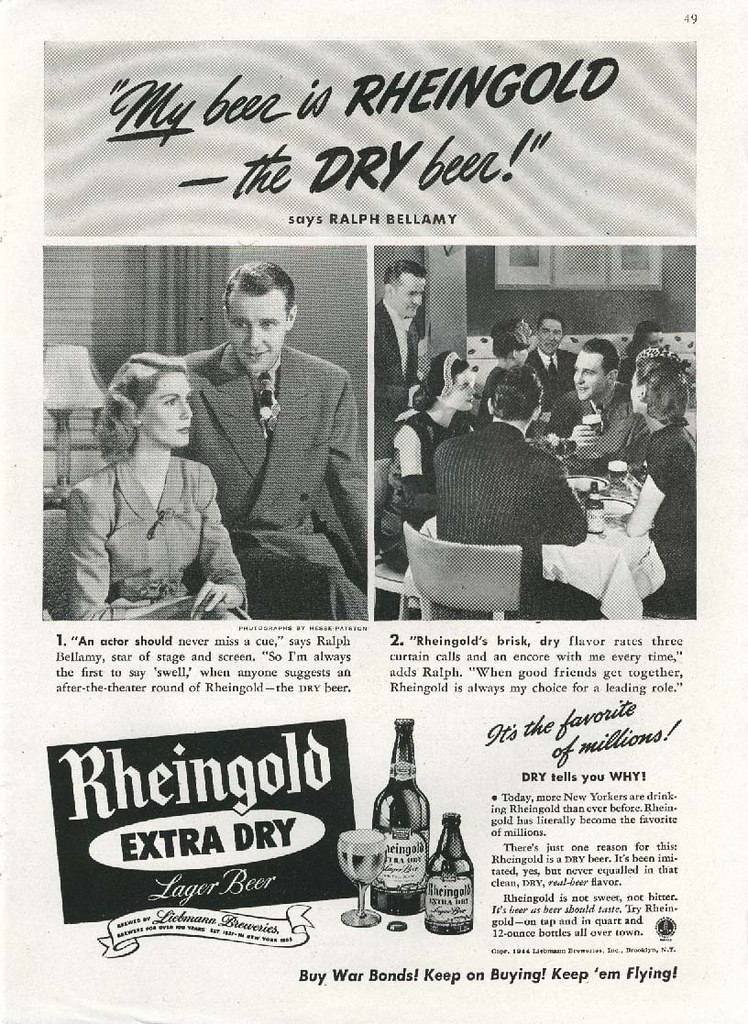 In this second ad from 1948, Bellamy is working in New York, where he sees more Rheingold Extra Dry labels on tables there than any other brand. 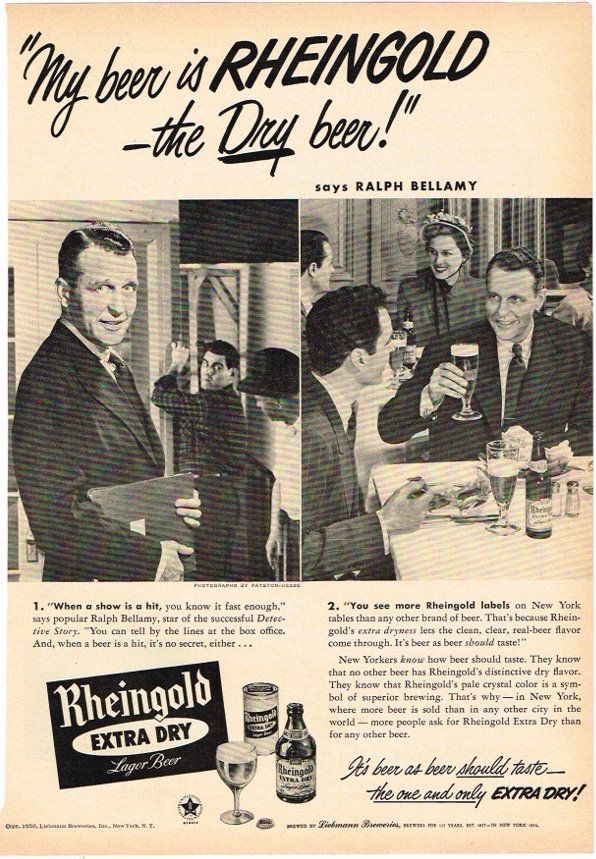 In this third ad from 1946, Bellamy is filming “State of the Union,” a political drama, but what he thinks the country needs is more Rheingold Extra Dry labels on tables there than any other brand. 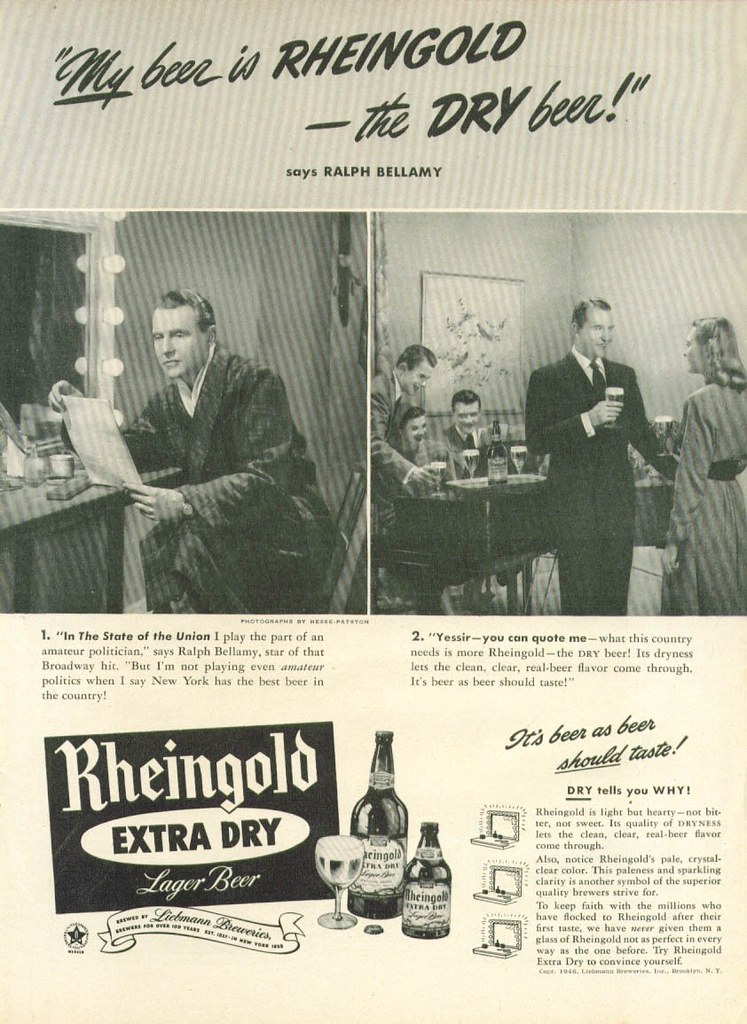