Today is the 46th birthday of Daniel Satterthwaite, who’s been brewing in the Bay Area since the 1990s. After graduating from UC Santa Cruz, he learned brewing at the Siebel Institute in Chicago and worked for a time in the Black Forest of Germany at a small, family-owned brewery that’s over one hundred years old. Returning home, he worked for years at Gordon Biersch and Trumer Brauerei, and he also helped co-found the Seven Bridges Cooperative home brew supply store in Santa Cruz, was Executive Director of the South Bay Brewer’s Guild. More recently, he co-founded his own place, New Bohemia Brewing in Santa Cruz, and is making great beer there. Join me in wishing Daniel a very happy birthday. 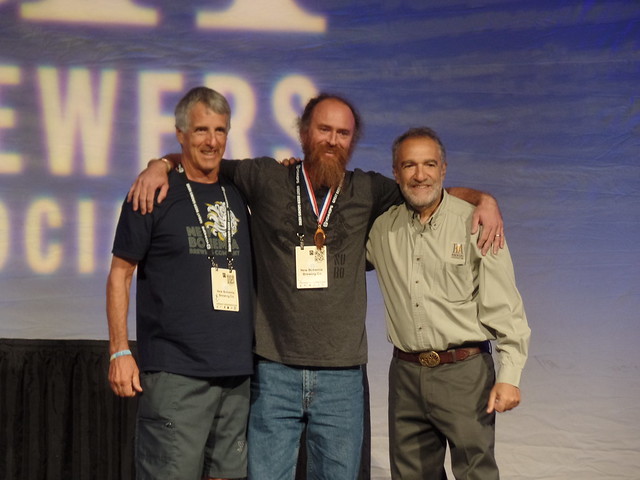 Dan, in the middle, picking up his first medal for New Bohemia at GABF in 2015. 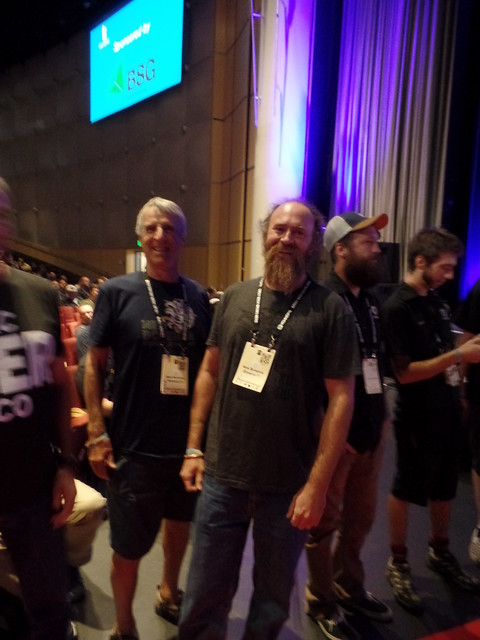 And waiting in line to go up on stage to pick up his medal. 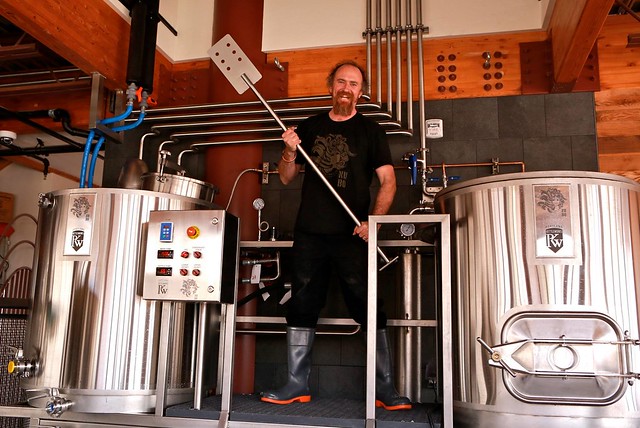 On the new brewhouse. 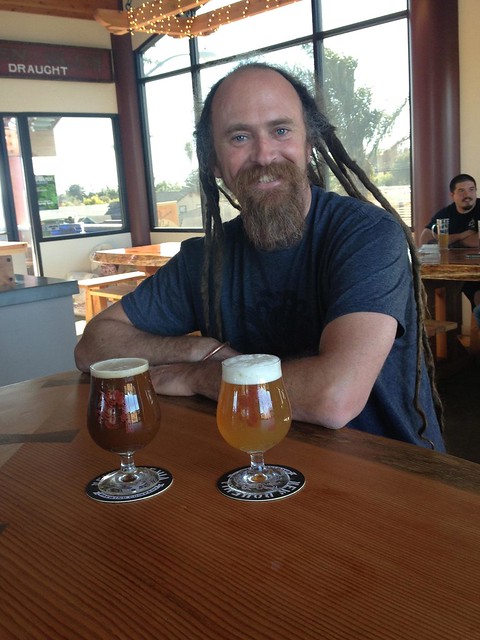