Today is the 50th birthday of Dylan Schatz, who until not too long ago was the brewmaster at Mad River Brewing in Blue Lake, which is where he’s originally from. Dylan started in 1999 in the brewery’s packaging department, on the bottling line, and immediately fell in love with the beer industry. He took classes at UC Davis and became a brewer, and in 2005 was named head brewer. He’s a terrific person, one who often doesn’t get all the credit he deserves, especially since he had been making some amazing beers. I heard he’d left under circumstances that were less than ideal, but I have not had a chance to ask him directly, or find out what he’s doing now. Please join me in wishing Dylan a very happy birthday. Dylan with some of the crew from Mad River after winning Small Brewery and Brewer of the Year at GABF in 2010. Behind the bar at Mad River’s tasting room during a visit there last summer, when I was in the research phase for my latest book, California Breweries North. 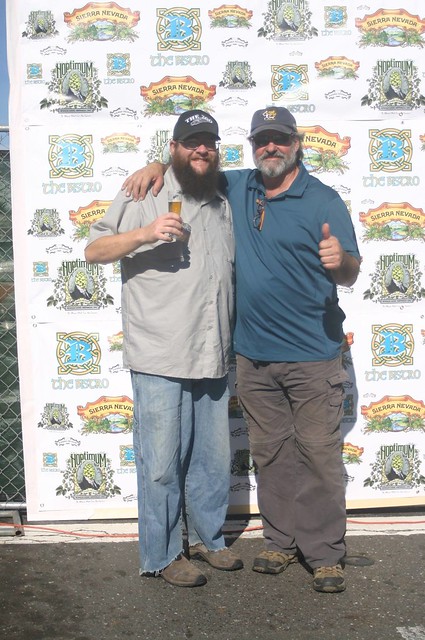 Dylan and Vic at the Double IPA Fest