Today is the 54th birthday of Joe Tucker, the Executive Director at Rate Beer. He used to run the website from his Vineyard bunker in Sonoma, California, although a couple of years ago he relocated to the Rose city of Portland. Because I’m in the Bay Area, I used to run into Joe from time to time, and usually at the annual hop picking day at Moonlight Brewing, though we flew to San Diego together a few Decembers ago to visit Stone Brewing, too. More recently, he asked me to be the Emcee for the Rate Beer Best awards held in late January in Santa Rosa, which was great fun. Join me in wishing Joe a very happy birthday. Vinnie Cilurzo, me and Joe at the Pliny the Elder release a few years ago at Russian River Brewing. Joe with some of the Hop Press staff — Ken, Ashley, Mario and Mark — at Triple Rock’s Sour Fest 2010. The day after we tried all of Stone’s Vertical Epic’s in San Diego; with Steve Wagner, me, Joe, Jason and Todd Alstrom and Greg Koch. 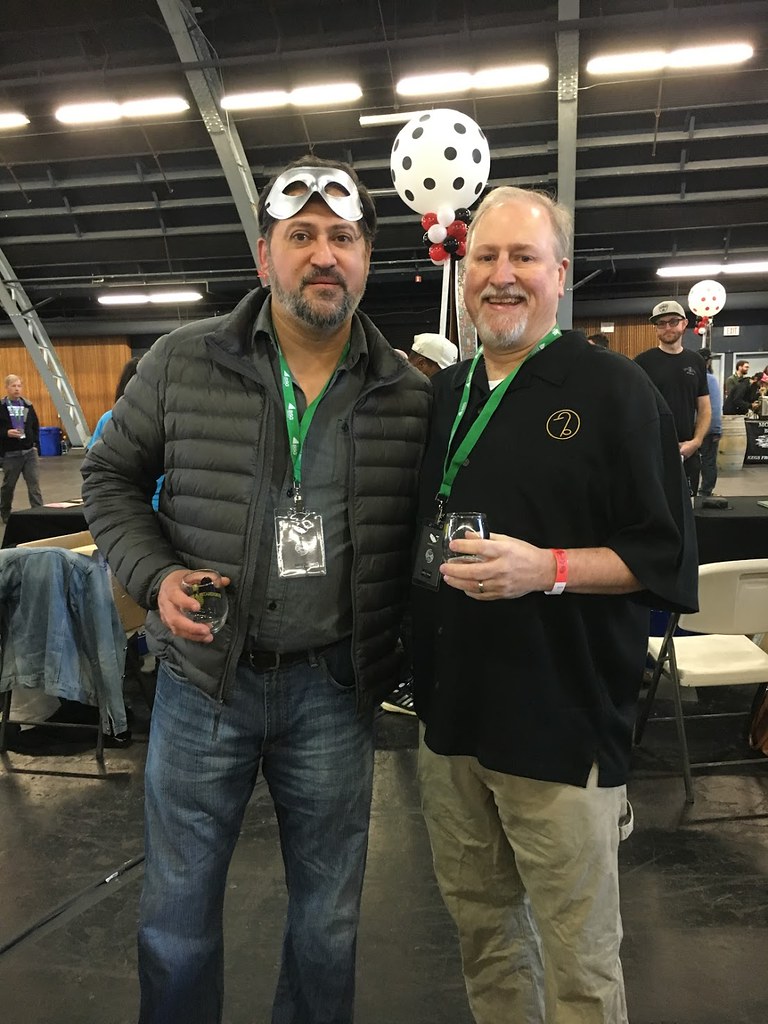 Joe and me at the RateBeer Best festival in Santa Rosa a few years ago.