Today is the birthday of Rick Sellers, former beer director of DRAFT magazine and former parter with brewer Peter Hoey in the Odonata Beer Co., which sadly didn’t quite get off the ground. These days he’s back writing online at Pacific Brew News. Join me in wishing Rick a very happy birthday. 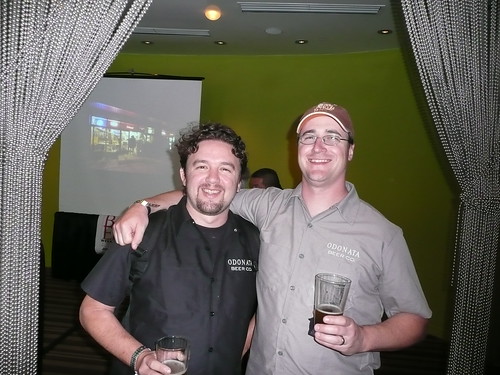 Rick with Odonata partner Peter Hoey at GABF in2009. 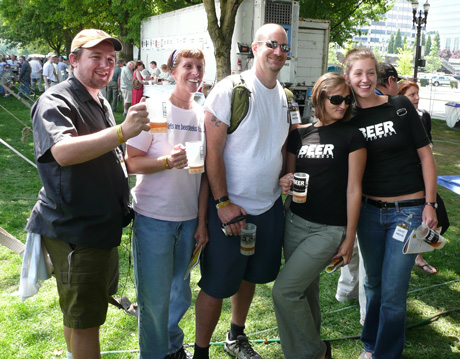 At the OBF media tasting: Rick, Merideth and Chris Nelson, the The Beer Geeks, and Meagan Flynn (at right) with her assistant, Annalou, publisher of Beer NW during the 2007 Oregon Brewers Festival. 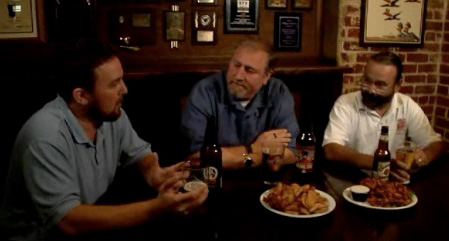 Rick, with me and J.J. Jackson tasting beer for a segment of a TV show that was done for KVIE, the PBS station in Sacramento. 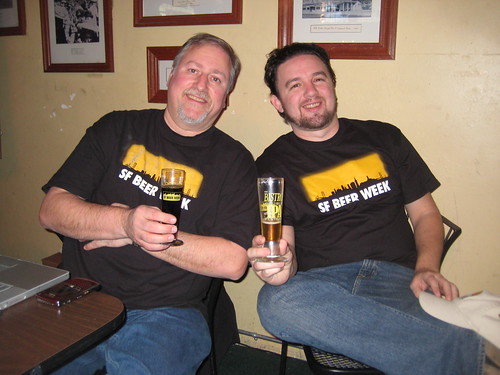 Me and Rick at the Bistro’s Double IPA festival in 2008. (Thanks to Bryan Kolesar from The Brew Lounge for sending me the photo.)