Last week, the New York Times had an interesting piece about a pair of studies examining the relationship between exercise and beer, entitled The Close Ties Between Exercise and Beer.

My favorite bit is that in past studies “men and women who qualified as moderate drinkers, meaning they downed about a drink a day, were twice as likely to exercise regularly as teetotalers.” But that was for earlier, apparently less rigorous studies.

The first of the new studies was conducted at Penn State, which used test subjects already enrolled in a different health study, and found consistent results from the earlier studies.

When the researchers collated and compared the data from their volunteers, they found, for the first time, an unequivocal correlation between exercising on any given day and subsequently drinking, especially if someone exercised more than usual. As the scientists write in their study, which was published recently in Health Psychology, “people drank more than usual on the same days that they engaged in more physical activity than usual.”

This relationship held true throughout all seasons of the year and whether someone was a man or a woman, a collegian or a retiree. Age and gender did not affect the results.

Thankfully, the data did not show that exercise incited or exacerbated problem drinking.

The second study was published in Frontiers of Psychiatry — Exercise and Alcohol Consumption: What We Know, What We Need to Know, and Why it is Important — was a review of those previously mentioned previous studies. And the two seem to reinforce one another, coming to the same conclusions. And most worrying of all, at least for the prohibitionists who incessantly decry alcohol, “the available evidence suggests that exercise may encourage people to drink, [but] it does not indicate that this relationship is necessarily worrisome for the vast majority of us. Someone who drinks moderately is unlikely to become a problem drinker as a result of exercise.”

So moderately drink up, and keep working out, apparently both are good for you. 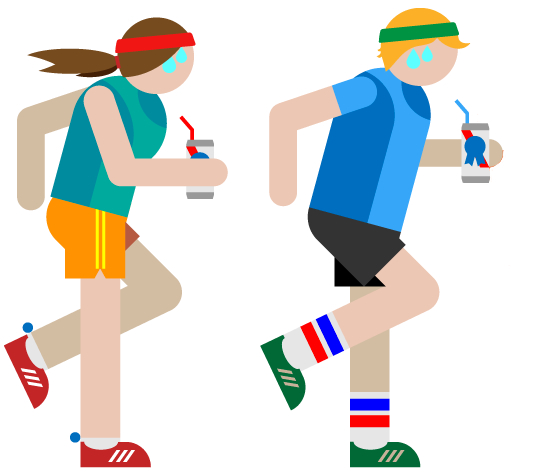