Sunday’s ad is still another one for Falstaff, also from the late 1950s. This is the third Falstaff ad I’ve come across equating manliness with beer, and in particular sports. While the last ones were for golf and baseball, while this one celebrates the horsemanship of bronco riding as its “Man Size Pleasure.” Yesterday’s ad was also apparently a doubletruck ad, that is a two-page ad, but I only have half of it, but a reader who collects Falstaff breweriana tells me the other half “has a runner sliding into base.” 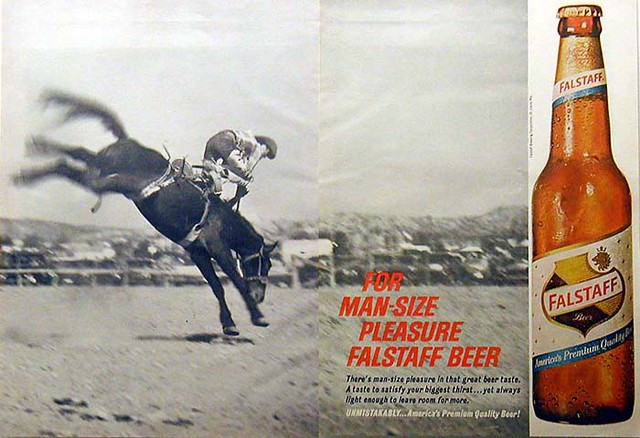