Monday’s ad is for Ballantine Beer, from 1954. This must have been ad laying the groundwork for low-calorie diet beer, as light beer was known in those days. In fact, that’s why it flopped initially, because people didn’t like the idea of beer being called “diet,” though it seems to have worked fine for Coke. It’s funny how that brought red belt draws your attention to her waistline but then the dress below fans out so it maker figure look disproportionally hourglass, although I guess that was a thing once, wasn’t it. I also love the tagline captioning the photo. “Brewed to the American taste … to the American figure.” Hilarious. 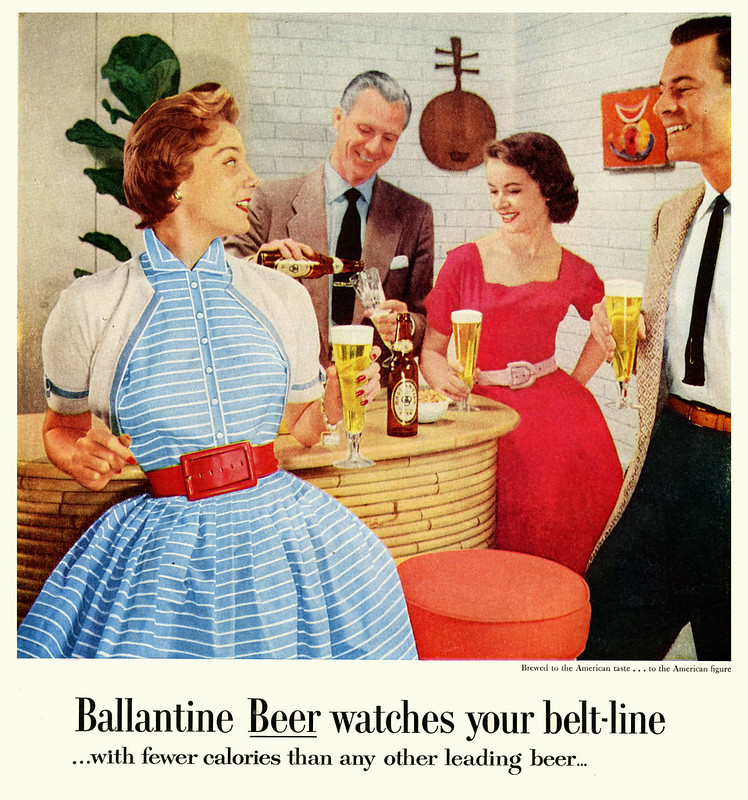