Sunday’s ad is for Pabst Blue Ribbon, from 1950. Featuring actor William Bendix, who did mostly character roles but also played the Babe in The Babe Ruth Story, it shows him relaxing in his den, pipe in one hand and a mug of beer in the other. Pabst must have been a sponsor of his radio show at the time, “The Life of Riley.” Bendix tended to play everyday guys, blue collar toughs with street smarts, masculine men, so that may be what Pabst was trying to associate themselves with, especially in that setting with its leather chair, and other manly accouterments. 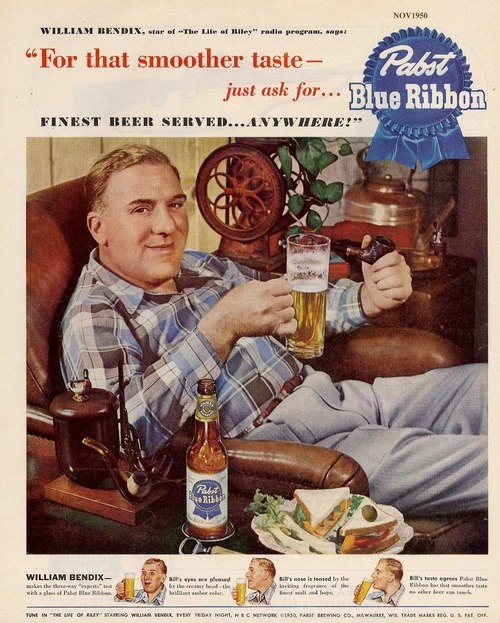