Sunday’s ad is another one for the Barley and Malt Institute, also from 1959. This is the sixth ad I have from the now defunct trade group for barley growers. In this one a man sitting a bar, with the evening newspaper and bowl of pretzels in front of him, lights a match to fire up his cigarette as he glances to his left, watching the glass of beer he ordered as it’s just about finished being filled. It looks like the perfect way to end a workday, circa 1959. 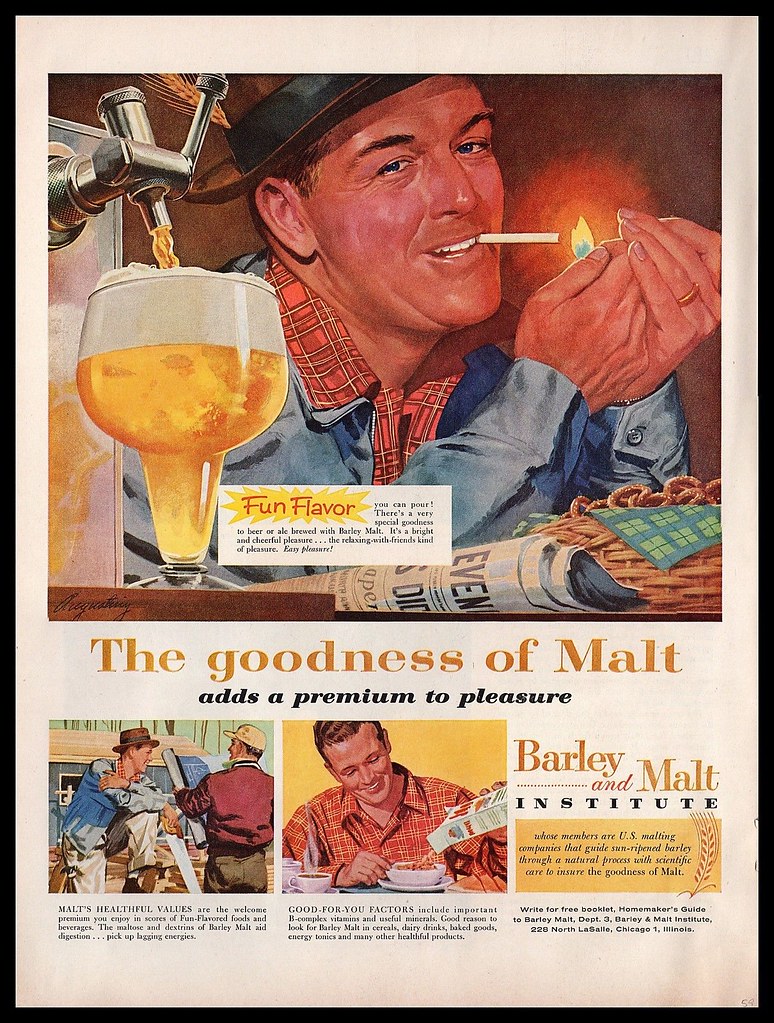