Wednesday’s ad is for Anheuser-Busch’s Black & Tan, from 1899. I’m sure this seemed like a cute idea at the turn of two centuries ago, around 116 years from now, but to our current sensibilities, it certainly looks odd. Back in 1995, A-B reintroduced their Black & Tan as part of their “American Originals” series, but this ad is from its original release, when it was “prepared only by Anheuser-Busch Brew’g Ass’n.” The patriotic ad shows a pair of American flags for most of the background behind the label, with a military camp showing beneath the flags at the bottom of the ad. The army “volunteers” referred to appear to be nine naked babies whose skin is either tan or black. And I’m not sure why there’s a dog — a black and tan doberman? — barking at them at the bottom of the label. I’m sure naked colored babies with rifles made sense in 1899, but I can’t imagine the ad being green-lit today. 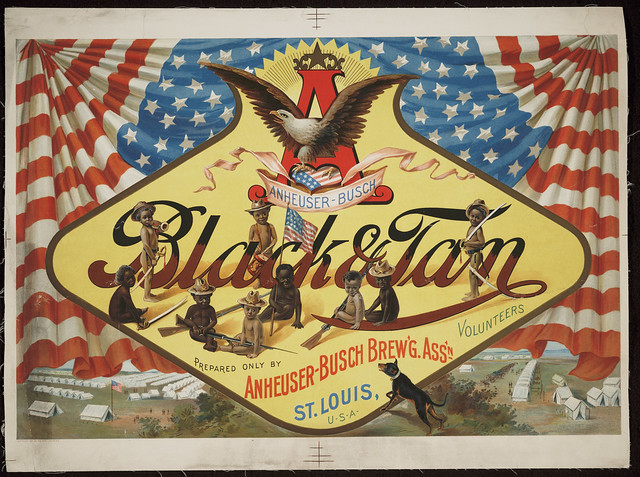