Thursday’s ad is another one for Miller Lite, again most likely from 1987 or 88. Also featuring comedian Joe Piscopo, who left Saturday Night Live in 1984, after four seasons. Around 1987 and 1988 he did television and print ads for Miller Lite. In this one, the tagline wonders about “A Word From ‘Python’ Piscopo Ex-Wrestler About Miller Lite.” That word? “Duh.” Another intellectually stimulating ad. It’s interesting that in yesterday’s drag queens ad, compared to today’s wrestlers in this ad that they look almost the same. Very colorful outfits, big hair (except when bald) and just as good looking. ANd it still doesn’t make the beer look any more appealing. 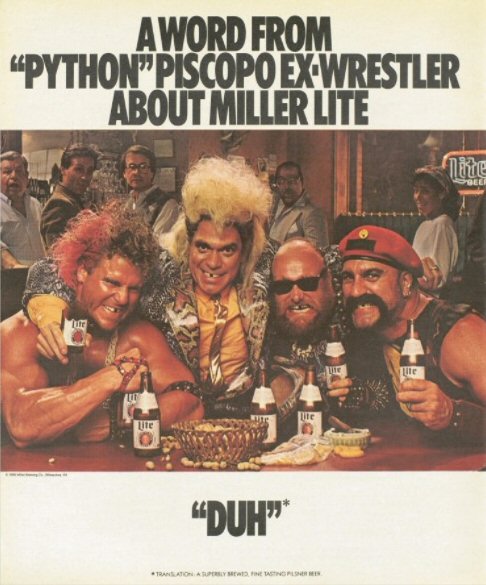