Tuesday’s ad is for John Labatt Limited, from 1943. Apparently part of a wartime series, as this first one is marked “Famous Signals of the Royal Canadian Navy, No. 1.” Labatt directed a lot of its advertising during World War II toward extolling the virtues of the Canadian army and navy, and in this one they even promote “the Overseas League Tobacco Fund” to ensure soldiers won’t run out of cigarettes. 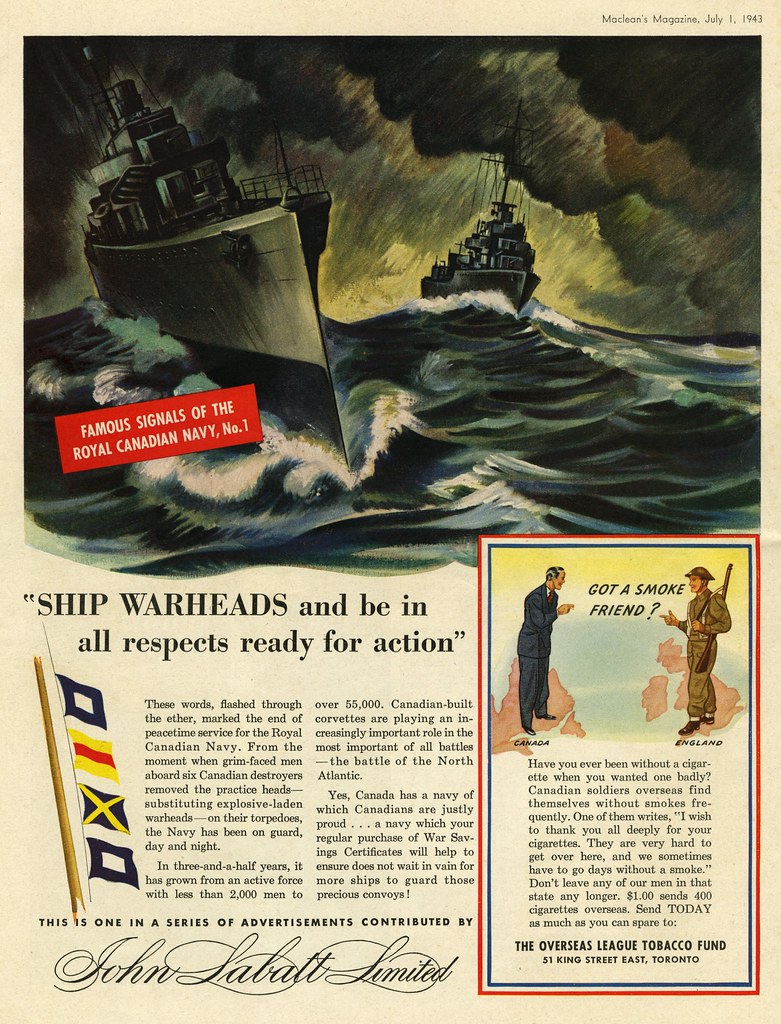