Friday’s ad is for Oland’s Schooner Lager Beer, from 1967. The Oland Brewery is from Nova Scotia, Canada, though today it’s owned by Labatt Brewing, and ultimately ABI. The tagline, “putting a Schooner in a bottle is skilled work,” plays nicely on the beer’s name and follows through with the punchline at the bottom, “taking it out is pure pleasure.” 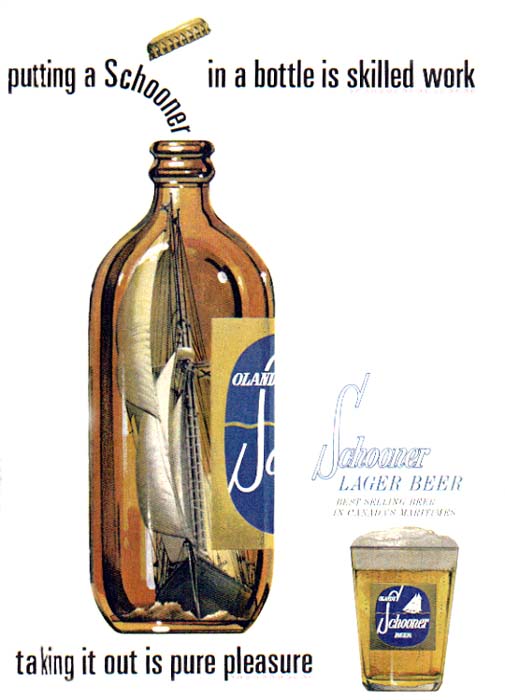