Sunday’s ad is also for Bock Beer, from who knows when. This is definitely an odd one. There’s a large goat filling the middle of the ad. To the right, a gnome is dancing wildly — with his hat in one hand and a fork in the other — to the music of what appears to be a pan flute being played by another gnome sitting on a barrel. On the left hand side, a trio of gnomes are sitting on a picnic bench. There’s a beer stein on the bench, but on top of the table there’s the head some animal, possibly a boar. One of the gnomes is holding a large knife, suggesting he’s about to start carving up dinner. Which will be served with bock, of course. 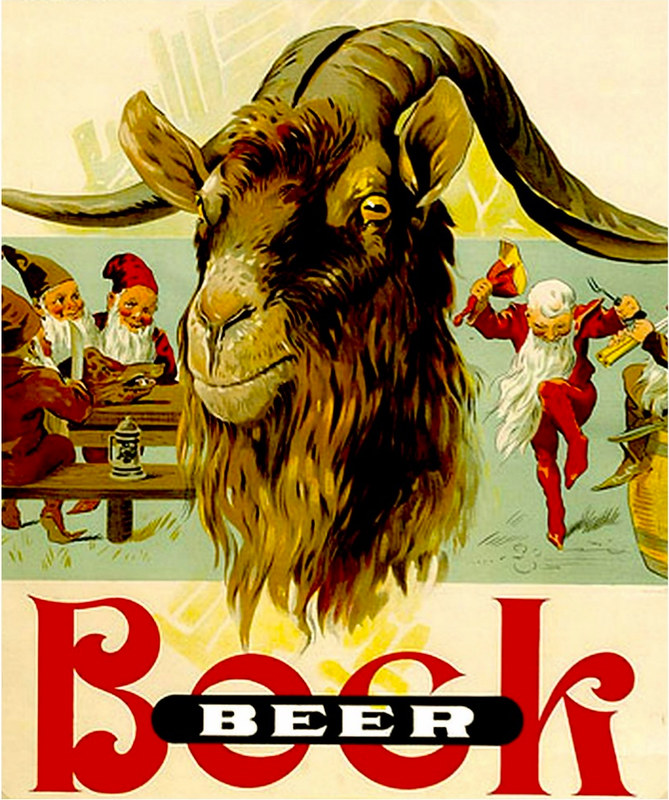