Friday’s ad is for Olympia Bock Beer, from the Pilsen Brewing Co. of Chicago, Illinois. I think it’s from around 1910, though certainly before prohibition. The serving women depicted in the middle of the barrel includes some random oddness. On the tray she’s holding there’s two logo glasses, though they appear to be fairly small or short, that are garnished with something green. It would be weird for it to be hops, and the one on the right also looks a little like a leaping frog, though that makes no sense either. And given her pale complexion, she could be mistaken for a zombie. 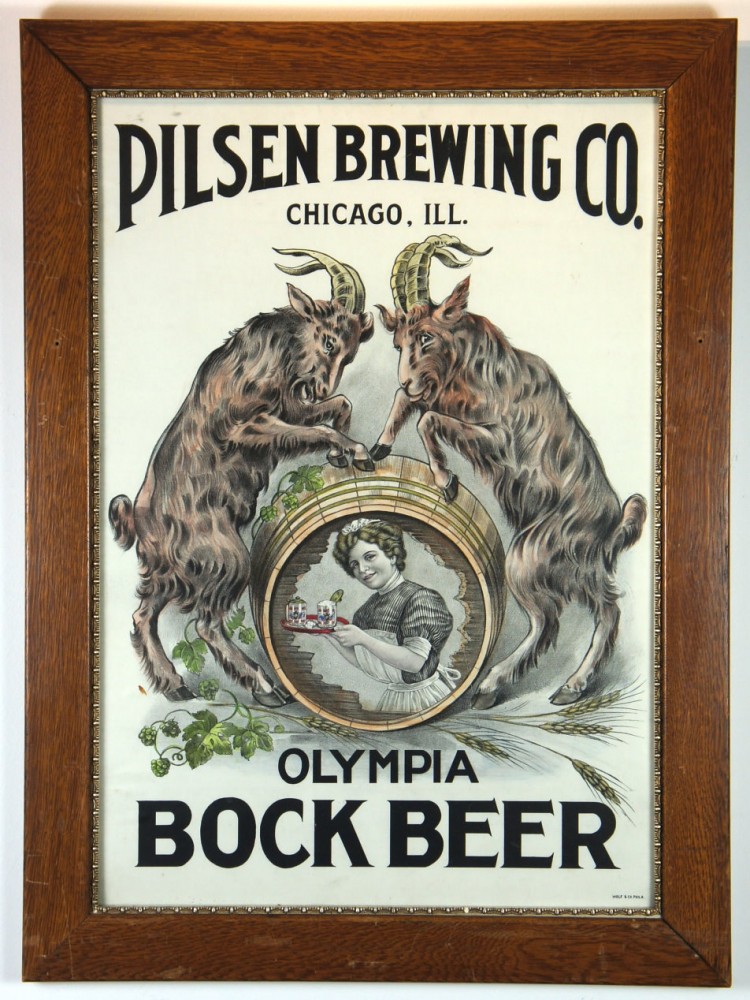