Thursday’s ad is for Budweiser, from 1915, No. 4 in a series they did in 1914-15 called “Framers of the Constitution of the U.S.A.” The fourth one features Gouveneur Morris (though it’s usually spelled Gouverneur Morris), and tells the story of Morris being a part of creating the Constitution, referring to him as both the “father of the American decimal system” and the “originator of the copper cent.” In reality, he was “widely credited as the author of the document’s preamble, and has been called the ‘Penman of the Constitution.'” But I guess that doesn’t sound quite as good as the “Father of the Penny.” Although there’s also this to add to his legacy. “He loved society, and his hospitality was famous. All his life he drank the creative brews of malt and hops.” 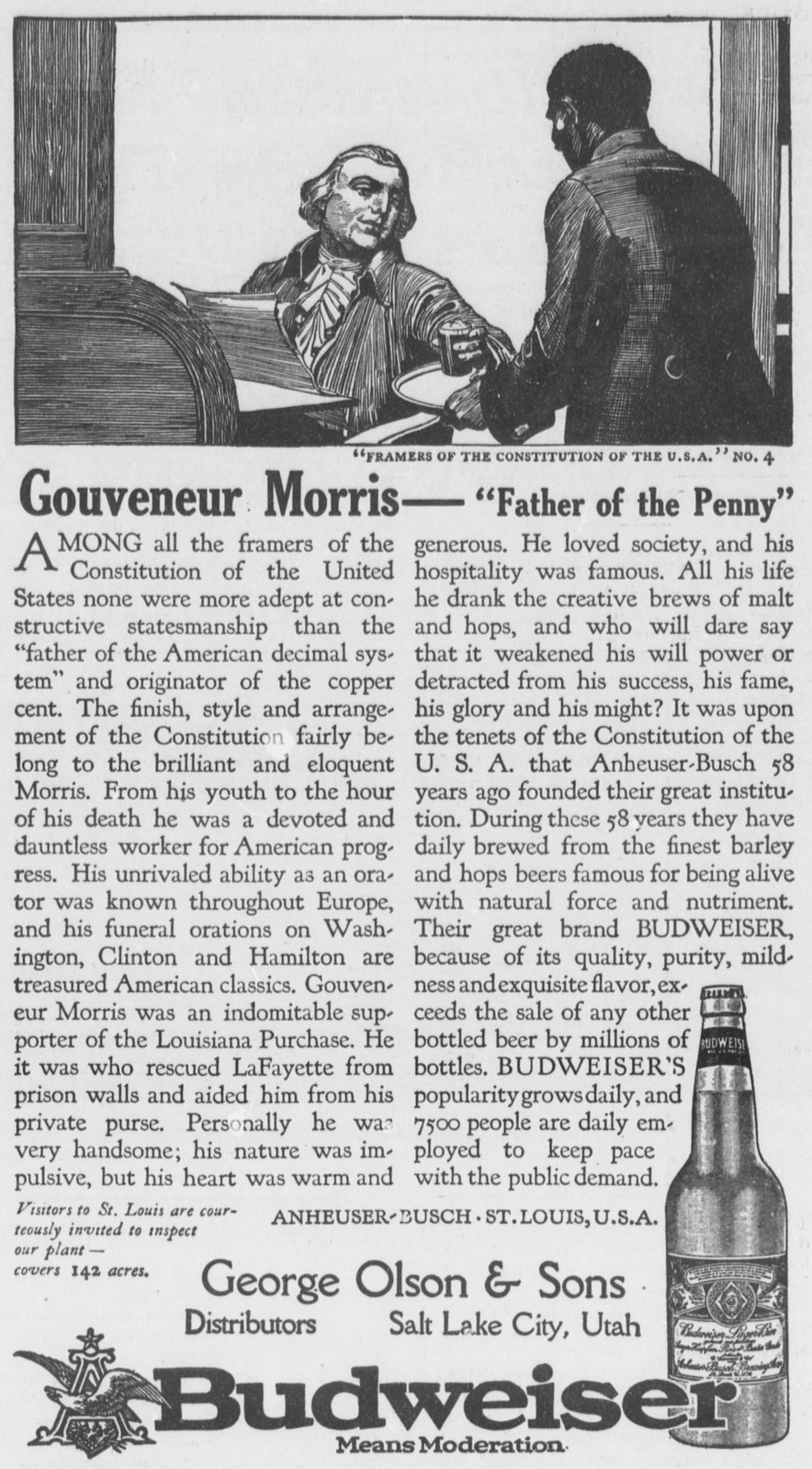