Monday’s ad is for Budweiser, from 1915, No. 8 in a series they did in 1914-15 called “Framers of the Constitution of the U.S.A.” The eighth one features The Pinckneys — Charles Cotesworth Pinckney and Charles Pinckney. They were both from South Carolina, and first cousins, once removed. Charles Cotesworth, known as “C.C.,” was the older of the two, and was a delegate to the Constitutional Convention. He also ran for president twice, as the Federalist Party candidate, but lost both times. The other Charles also signed the Constitution, and served as Governor of South Carolina, too. If you think political dynasties are recent phenomenon in America, seven people he’s related to have been governor, as well, in the 218 years since he left office. But was a Democrat, unlike his cousin the Federalist. Happily, they shared a belief in “the moderate use of light wines and barley brews.” 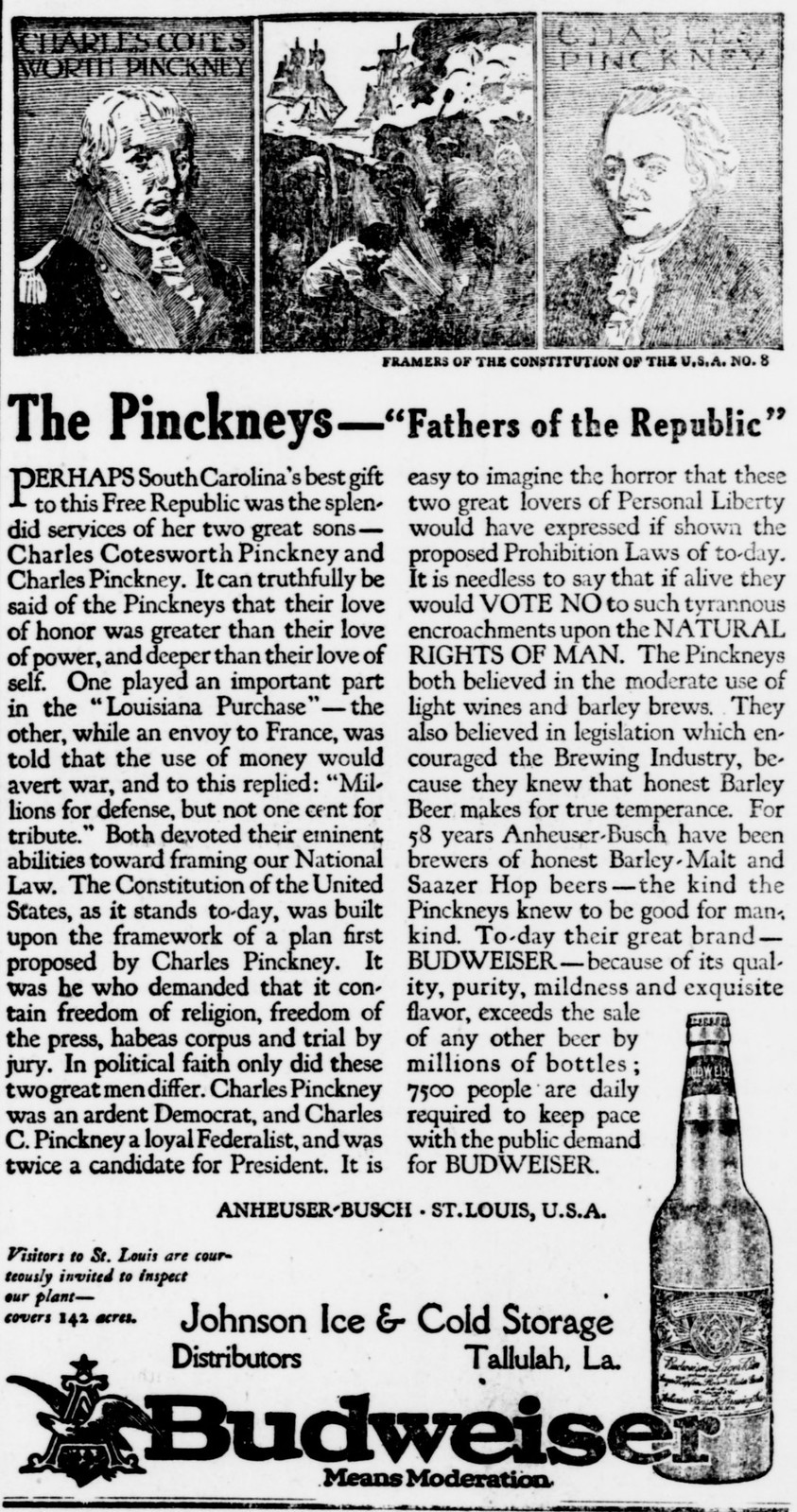