Saturday’s ad is for Pabst Blue Ribbon, from 1950. In the later 1940s, Pabst embarked on a series of ads with celebrity endorsements, photographing star actors, athletes, musicians and other famous people in their homes, enjoying Pabst Blue Ribbon beer. This one features Johnny Weissmuller. He “was a Hungarian-born American competition swimmer and actor, best known for playing Tarzan in films of the 1930s and 1940s and for having one of the best competitive swimming records of the 20th century. Weissmuller was one of the world’s fastest swimmers in the 1920s, winning five Olympic gold medals for swimming and one bronze medal for water polo. He won fifty-two U.S. national championships, set more than fifty world records (spread over both freestyle and backstroke), and was purportedly undefeated in official competition for the entirety of his competitive career. After retiring from competitions, he became the sixth actor to portray Edgar Rice Burroughs’s ape man, Tarzan, a role he played in twelve motion pictures. Dozens of other actors have also played Tarzan, but Weissmuller is by far the best known. His character’s distinctive Tarzan yell is still often used in films.”

In the ad, Weissmuller is lounging at a pool. He obviously hasn’t been in the water, because his hair is perfect and his towel is dry. And I guess he should wait at least thirty minutes now that he’s drinking a beer. 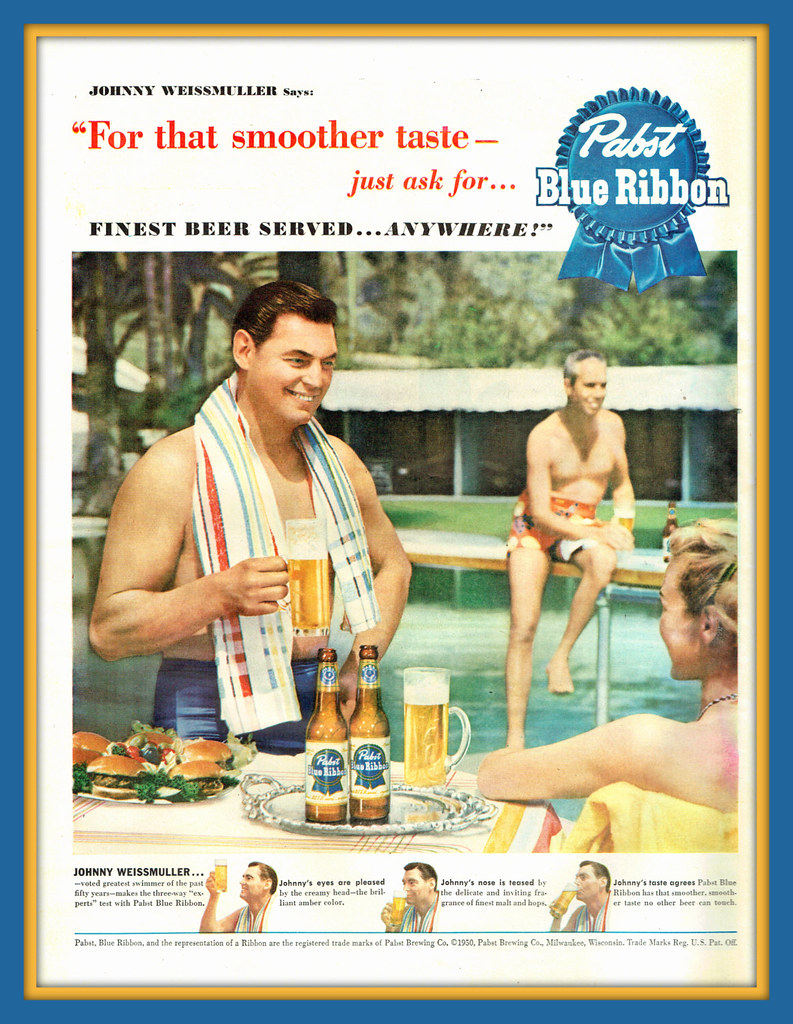