Wednesday’s ad is for Schlitz, from 1908. In the first decade of the 20th century, Schlitz Brewing, then one of the largest breweries in the U.S. after the industry had shrunk from over 4,000 to around 1,500 in just 25 or so years, did a series of primarily text ads, with various themes. In this ad, they explain why “It is not good advice to say ‘Don’t drink beer.'” It’s because “There are many who need it.” Then they add. “Your doctor advises beer. The healthiest peoples of the world drink the most of it.” 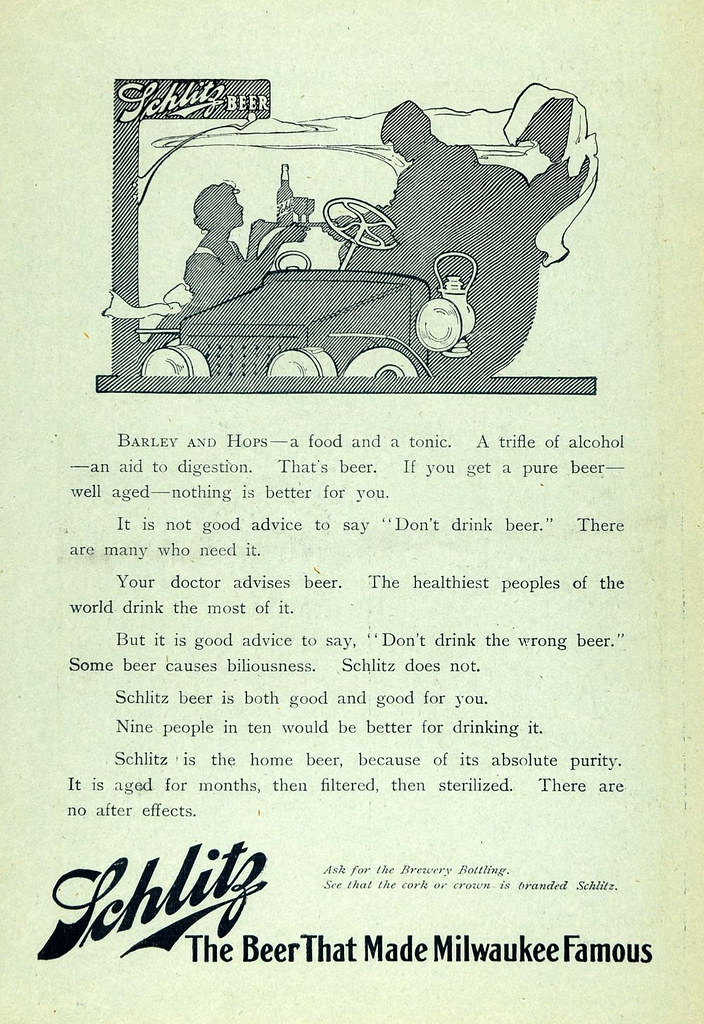