Saturday’s ad is for Schlitz, from 1905. In the first decade of the 20th century, Schlitz Brewing, then one of the largest breweries in the U.S. after the industry had shrunk from over 4,000 to around 1,500 in just 25 or so years, did a series of primarily text ads, with various themes. In this ad, Schlitz is once more beating the beer is healthy drum, but this one is priceless. “The malt in beer is a food to them; the hops a tonic. The slight percentage of alcohol is an aid to digestion, and that means more food.” Not to mention: “The habit of beer drinking gives the body the needed fluids.” Hydrate, people, hydrate! So there you have it. “That is why beer is prescribed for nervousness. That is why beer-drinking nations scarcely know what nervousness is.” 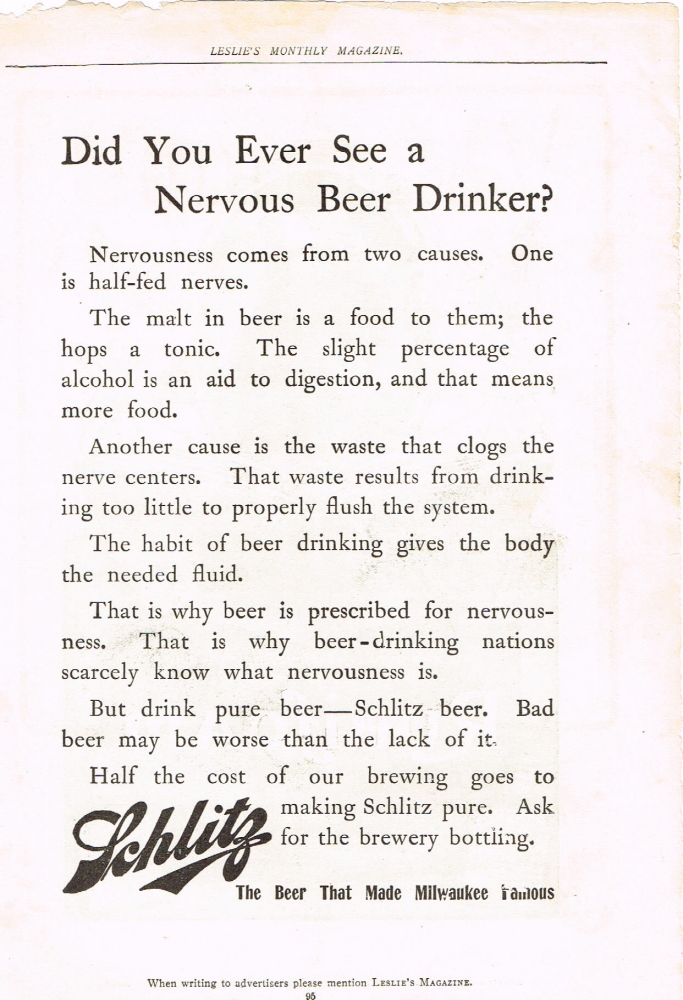