Saturday’s ad is by the Brewing Industry Foundation, from 1944, part of a series of ads the beer industry undertook during World War 2 under the title “Morale is a Lot of Little Things.” It was one of the first concerted efforts by the brewing industry after they were getting back on their feet after prohibition finally ended around a decade before. The series tried to show support for the troops and help with morale at home. And it must have worked, because the campaign won awards at the time. In this ad, a Coast Guard soldier is writing home about all the little things he misses, about carving pumpkins for Halloween or that a “cool, sparkling, friendly glass of beer is a sigh of satisfaction.” 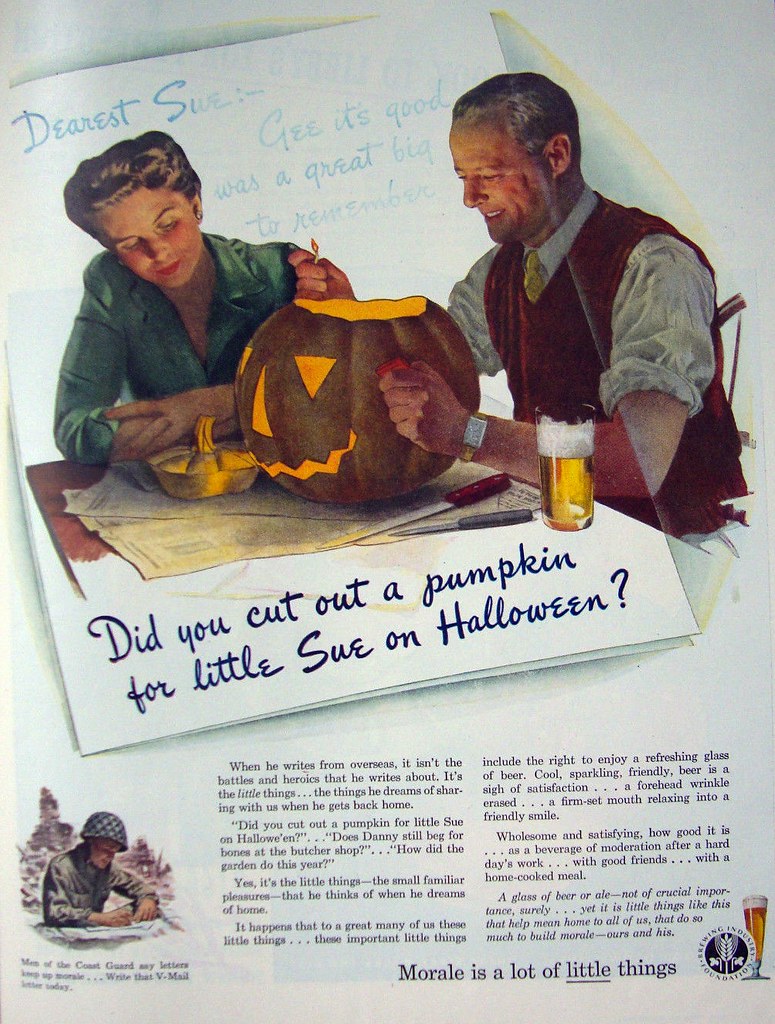