Saturday’s ad is for is by Ballantine Ale, from 1957. In the 1950s, Ballantine advertised the hop variety “Brewer’s Gold” as “a rare strain of choice hops” and even registered it as a trade-mark, although Brewers Gold is widely available today. In this ad, a party is going on at somebody’s house, with several couples in attendance. But as far as I can tell, there’s Ballantine Ale … and soup. That’s it. Just soup. That’s the only food seen in the ad. Which seems odd; I’ve never been to a soup and beer pairing, or even a soup and beer party. 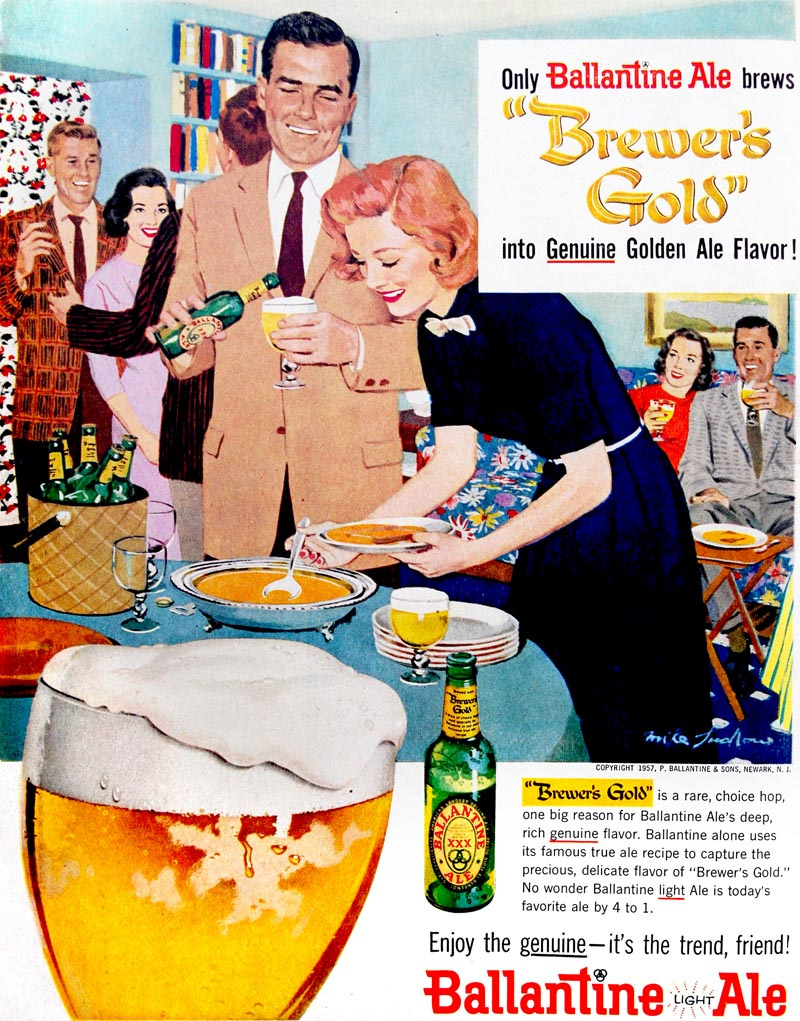