Monday’s ad is for is by Ballantine Ale, from 1958. In the 1950s, Ballantine advertised the hop variety “Brewer’s Gold” as “a rare straion of choice hops” and even registered it as a trade-mark, although Brewers Gold is widely available today. In this ad, an Emperor is counting his money, I guess to make sure he has enough to buy some beer, because according to him, “It’s the Genuine.” 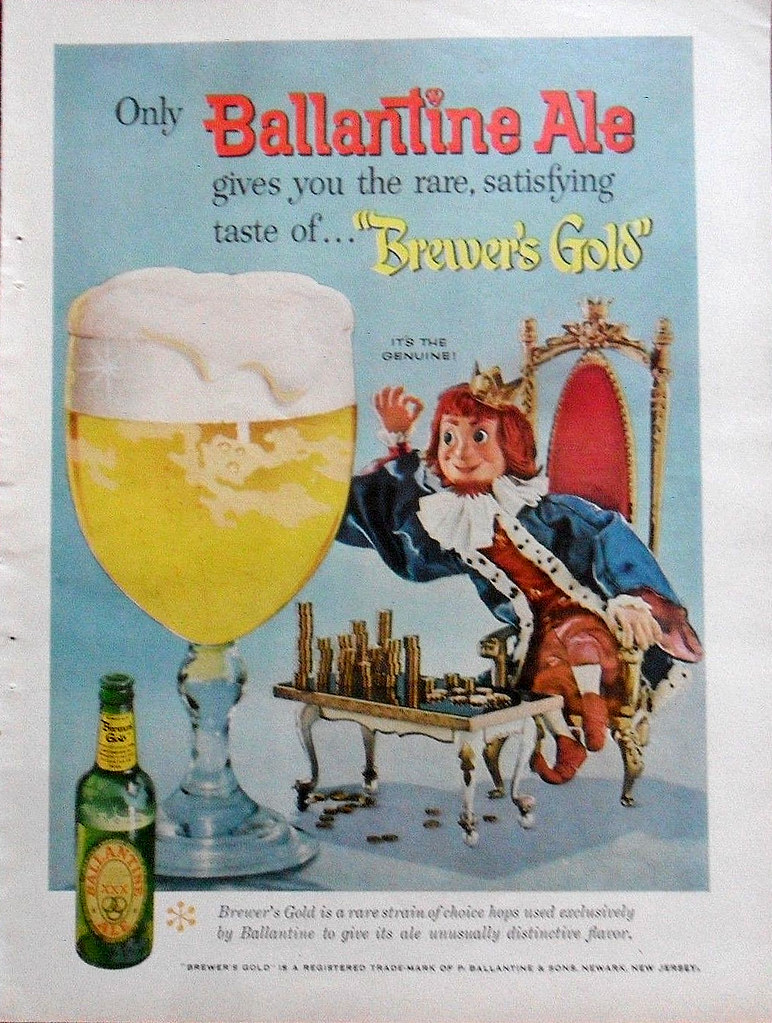