Monday’s ad is for Schlitz Malt Liquor, from 1965. The ad shows a woman staring into her glass of Malt Liquor. This ad was two years after introducing their malt liquor, so they were still trying to educate their potential customers, and it’s quite interesting how they characterize it. “Bolder than beer. More character than ale. Less filling than both.” 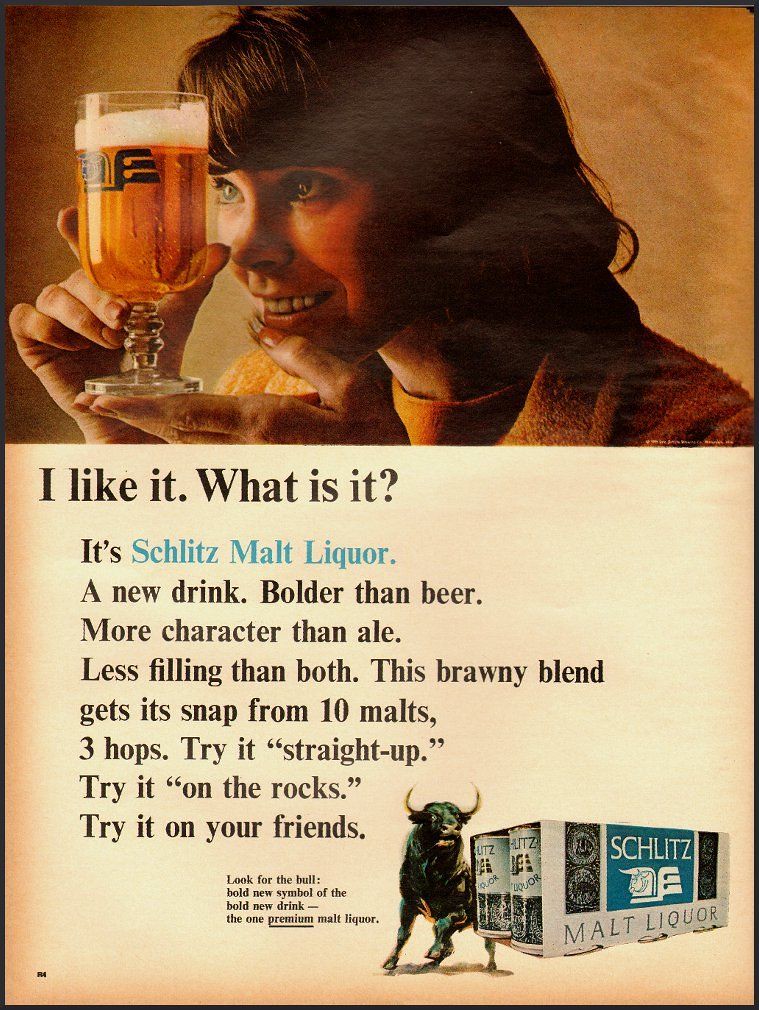