Tuesday’s ad is for Schmidt, from the 1980s. The ad shows two proud men who’ve just bagged a big one on their hunting trip. Tied up on top of their wood-paneled Jeep is their quarry: a ginormous can of Schmidt Beer. As a kid, those collectible Schmidt beer cans with pheasants and other game birds were everywhere. I had a friend whose father traveled for work and brought home beer cans from where he went. Their basement rec room was literally covered in floor-to-ceiling custom shelves built to hold beer cans, and there were a lot of Schmidt cans among them. I don’t know why more breweries didn’t do likewise, or don’t do so today. Anyway, this is obviously a promotional poster, but it’s the best kind of advertising: the kind that doesn’t hit you over the head and is cool enough that you’d want to hang it up in your hunting lodge or basement bar. 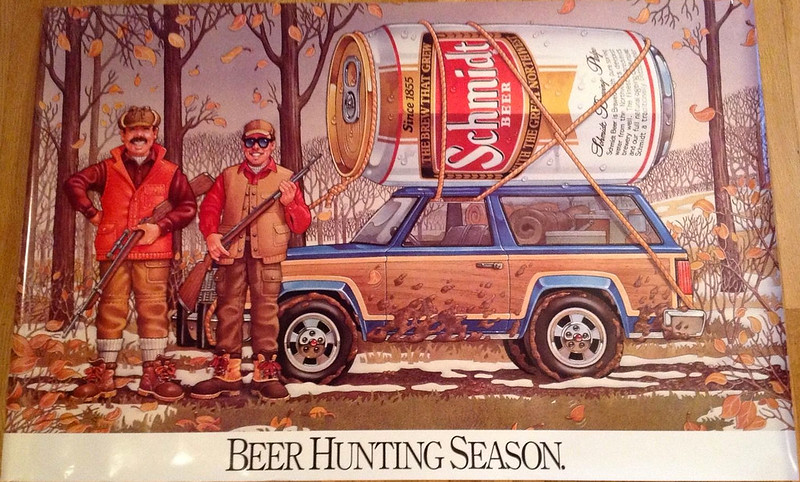