Sunday’s ad is for the Indianapolis Brewing Co.’s Hoosier Beer, from maybe the 1890s. The ad shows a provocative scene that appears to be a man and woman in bed with the caption “When He Strikes Town He Wants His —” But all is not as it seems. This is a card that when you open it, it reveals a far more innocent scene in which the man is sitting at a table in a restaurant or tavern and the woman is serving him a bottle of beer. The remainder of the caption is also revealed, and all he wanted was his “Hoosier Beer.” 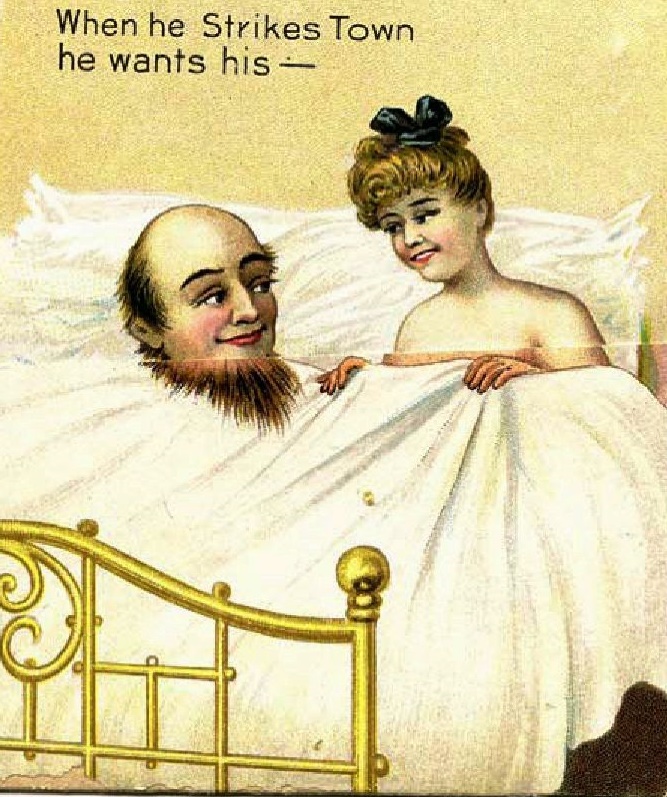 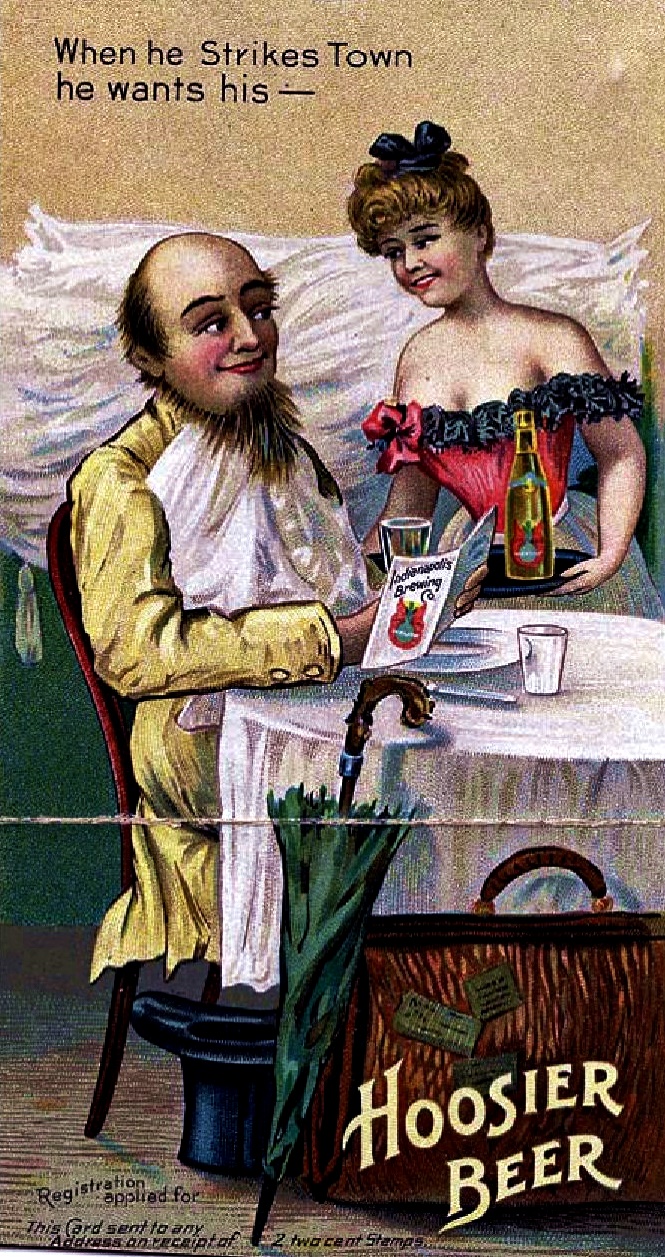