Monday’s ad is for the Gluek Stite, from 1964. The ad shows two women water-skiing and screaming with (delight?) If they had a couple of bottles of malt liquor, it might be something else. The ad is for Gluek Malt Liquor, which was called Stite for some reason. And that tagline: “pour RIGHT pour STITE,” followed by “Aquatenniel time … Anytime … Stite’s Right for Fun.” Also, they claim it’s the “Original Malt Liquor.” Can that be right? It was launched in 1942, and was undoubtedly one of the earlier offerings, but was it first? I’m really not sure who holds that dubious title. 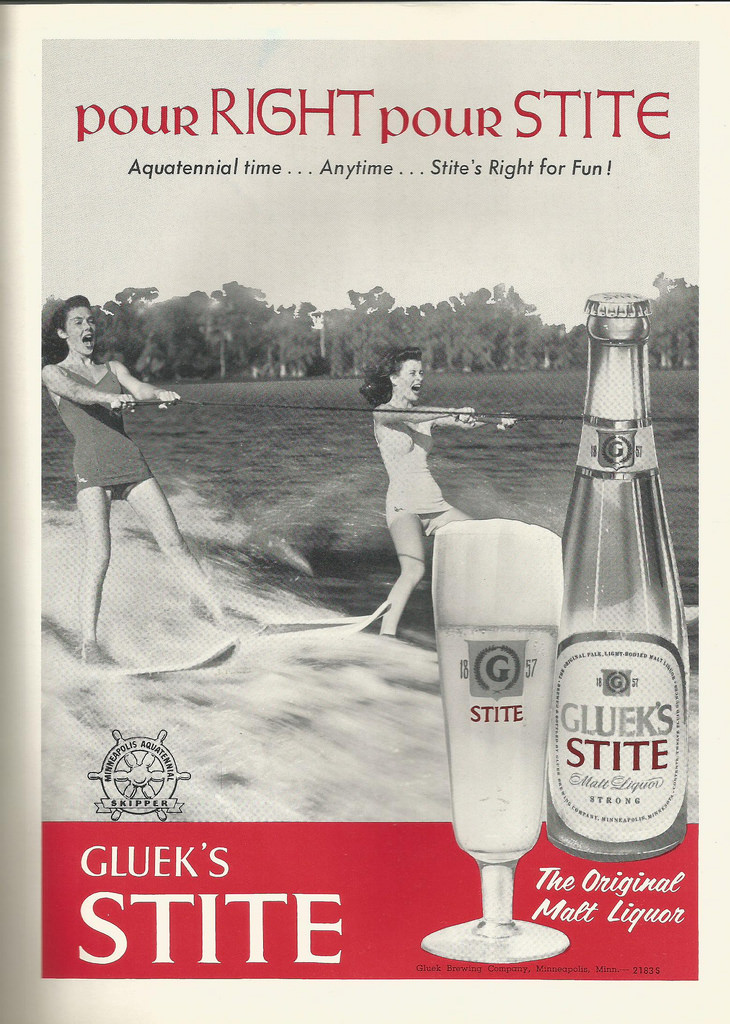