Monday’s ad is for Knickerbocker Beer, from 1954. This is number 5 in a series by the Jacob Ruppert Brewing Co. The fifth one shows the “Christening Of Kip’s Bay,” illustrated by Lumen Martin Winter. It depicts the story of an incident during the Revolutionary War, with text by author Washington Irving. “Kips Bay was an inlet of the East River running from what is now 32nd Street to 37th Street.” According to Wikipedia: 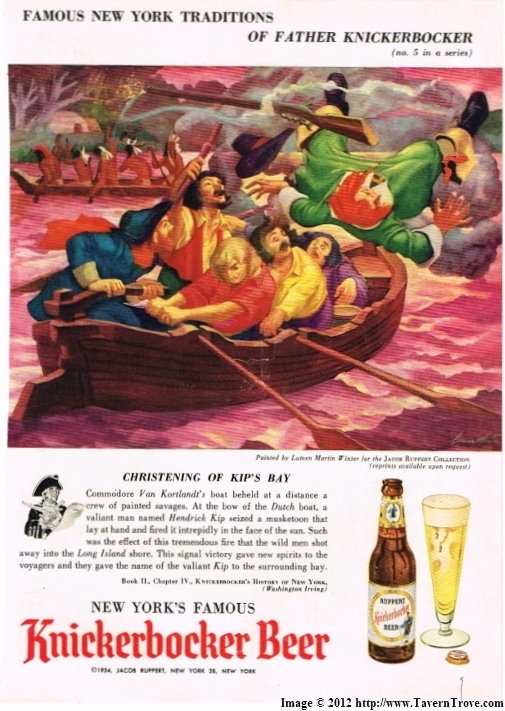