Friday’s ad is for Pabst Blue Ribbon, from 1953. Starting in the early 1950s, Pabst started a new ad campaign with the tagline “What’ll You Have” which lasted for a few years. They were colorful ads, and often had the tagline spelled out in creative ways. In this ad, “What’ll You Have” is written in oyster crackers next to a plate filled with blue point oysters. In the foreground, there’s an ice bucket of PBR bottles, which makes sense because I’d need a lot of beer to eat that many oysters. 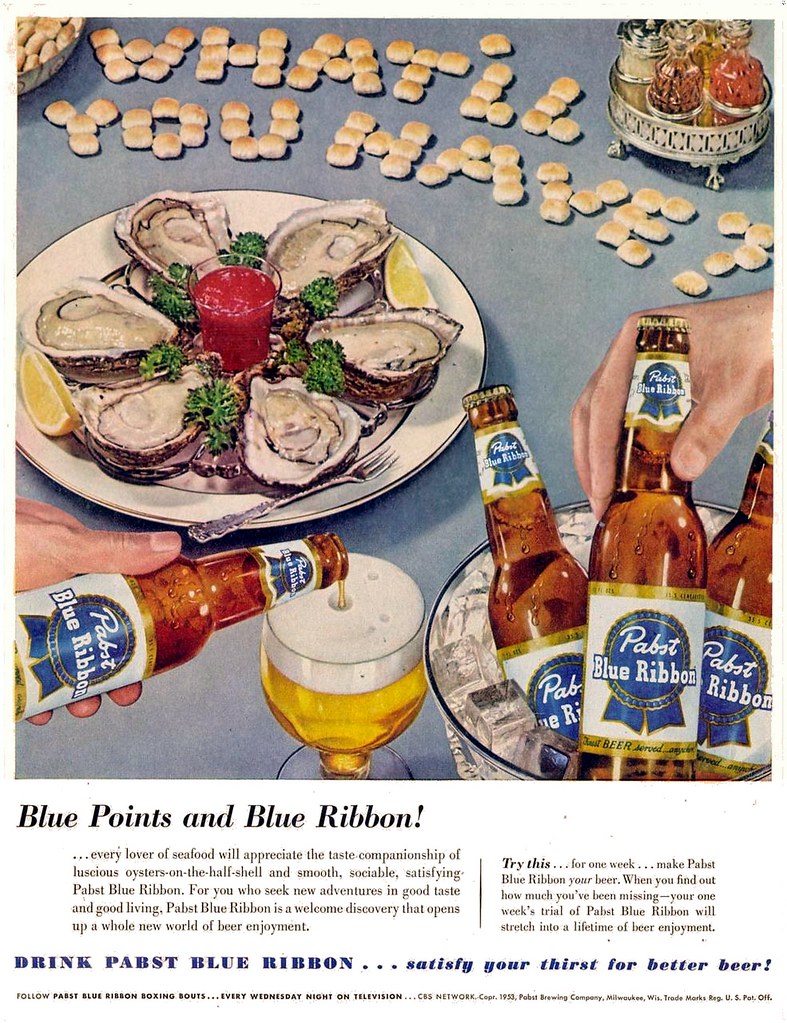