Thursday’s ad is for Pabst Blue Ribbon, from 1951. Starting in the early 1950s, Pabst started a new ad campaign with the tagline “What’ll You Have” which lasted for a few years. They were colorful ads, and often had the tagline spelled out in creative ways. In this ad, “What’ll You Have” is written on cards being held by caroling dolls which are part of a Christmas display. Behind them is a silver artificial Xmas tree, which is similar to the one my Aunt Helen always used to put up only because she thought it was expected of her (she was the most unsentimental person I ever knew). There’s also a tray ringed with snacks and two bottles and pilsner glasses of beer. 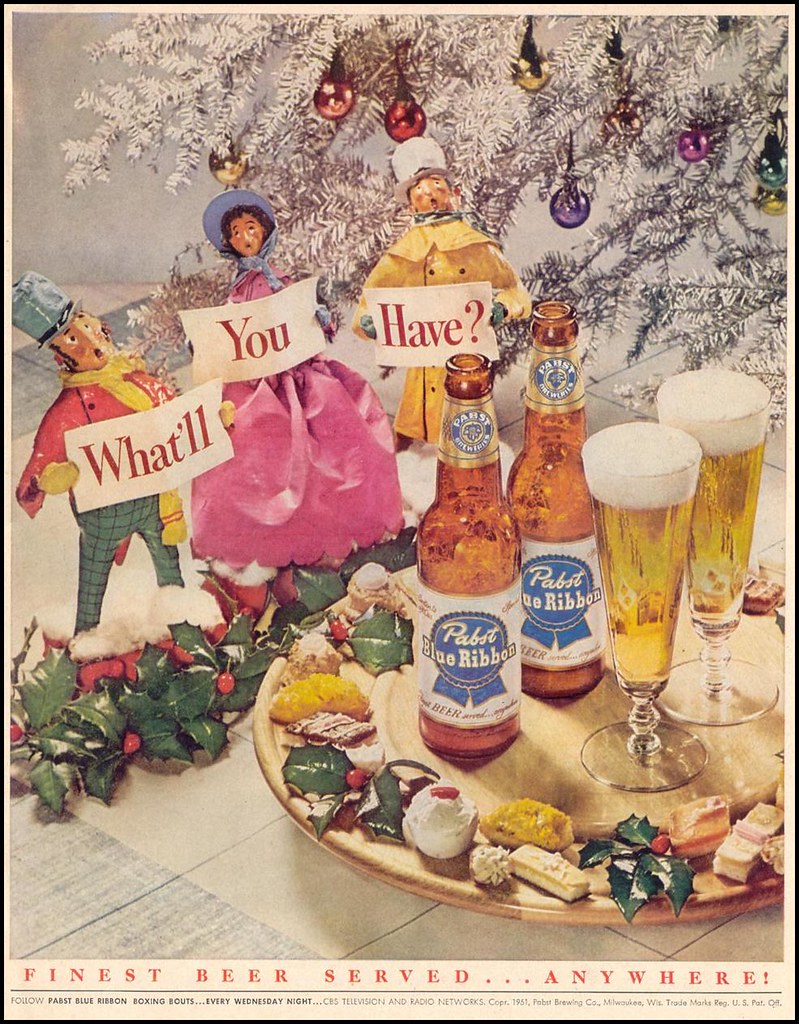