Thursday’s ad is for Schaefer Beer, “first produced in New York City during 1842 by the F. & M. Schaefer Brewing Company.” This ad, from 1947, features “international star of screen and radio” Annabella, who “was a French cinema actress who appeared in 46 films between 1927 and 1952, including some Hollywood films during the late 1930s and 1940s.” 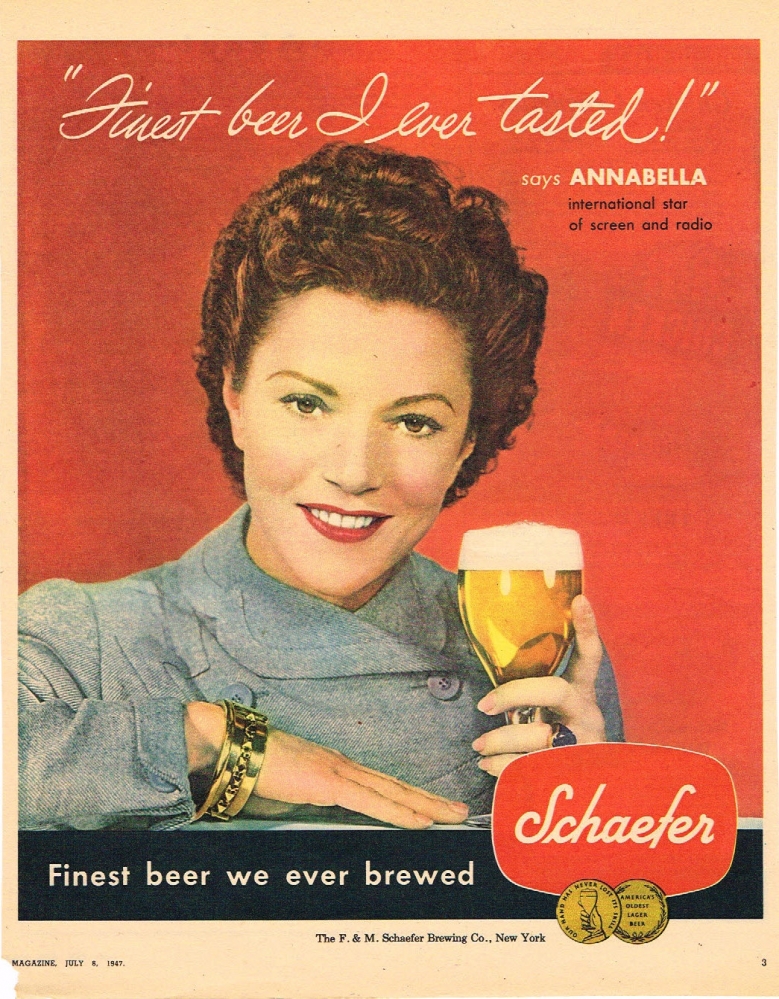