Saturday’s ad is for Schaefer Beer, “first produced in New York City during 1842 by the F. & M. Schaefer Brewing Company.” This ad, from 1937, features a group of men — all men, oddly — in a bar, having a meal and some beer. Although maybe it’s a “gentlemen’s club” since the tagline is “In tavern or club … IT’S BEER AT ITS BEST.” 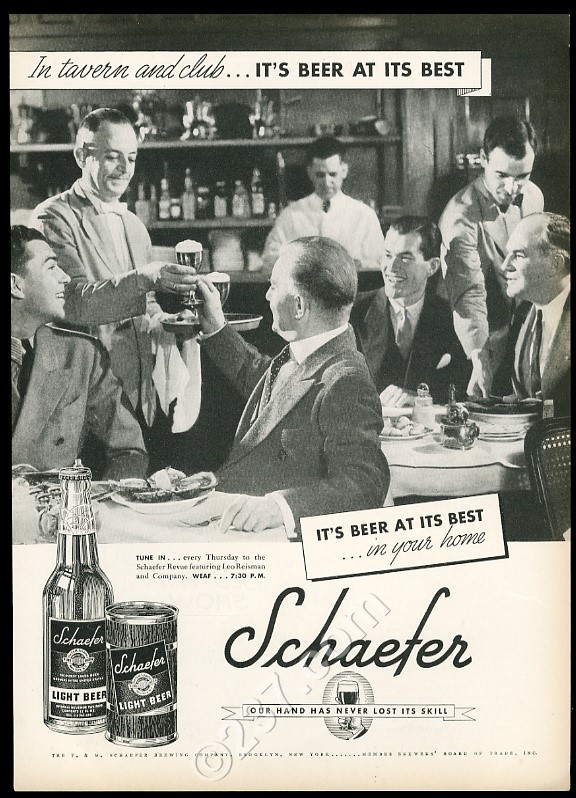