Wednesday’s ad is for Schaefer Beer, “first produced in New York City during 1842 by the F. & M. Schaefer Brewing Company.” This ad, from 1950, features Schaefer’s then-new beer Pale Dry, “So light … so dry glass after glass after glass.” Behind the glass of beer are several roadmaps (so kids, before there was Google Maps or GPS people used roadmaps to drive from one place to another) for vacation destinations like New Jersey, New York State, or New England. I guess the idea is that Pale Dry is so pale you can read a map through it? 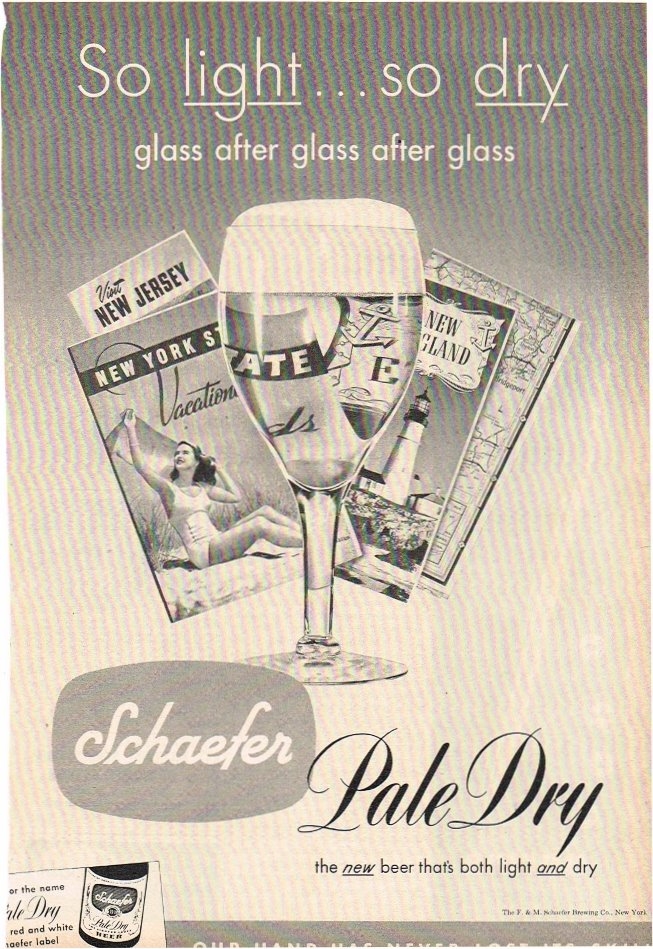